Posted by MarriedBiography Posted on March 7, 2021 | In Dating , Relationship
Share this 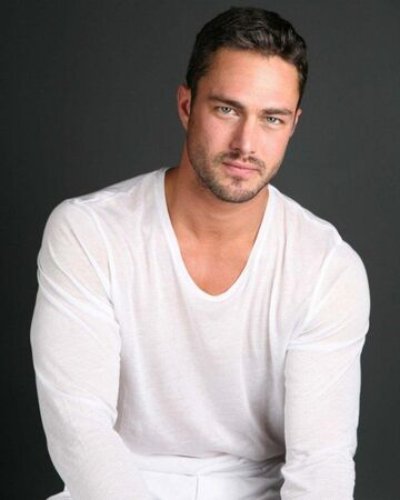 Alanna DiGiovanni is recently in the limelight after the news of her dating Taylor Kinney came out. Just two days after Lady Gaga stated she still loves her ex-fiance, the news made headlines. The former couple was together for five years before they parted their ways. Here is everything you need to know about the couple and Kinney’s new girlfriend Alanna DiGiovanni.

After the split from his first public relationship with Lady Gaga, Kinney was quiet about his love life. Though paparazzi clicked him kissing a mystery woman back in 2019, he did not reveal anything. As per the insider, Kinney is dating a 26-year-old woman from South Philadelphia. And she is a radiologist Alanna Digiovanni and works at Thomas Jefferson University Hospital.

Unlike Kinney’s former fiance Gaga, her current girlfriend is far from the entertainment industry. Recently, the couple visited  Austin, Texas to attend Formula One race and Taylor Swift concert. Moreover, she also visited her beau in Chicago where he shoots his NBC show. Furthermore, one of the sources stated:

“Alanna is head over heels. He’s told her he’s planning to visit her in Philly; maybe as soon as this weekend.”

As per Alanna’s linked in profile she is proficient in general diagnostic, fluoroscopic, and surgical radiologic procedures. Moreover, her profile also mentioned she cares about children, education, the environment, and health.

The American actor Kinney was together with Lady Gaga for five years. This was the first public relationship of the actor. The rumors of them dating started circulating in early 2011 and they eventually made their relationship public. However, they took a while to make a red-carpet appearance together as a couple. After dating for more than three years, they got engaged on 2015’s Valentine’s day.

Just after a year of their engagement, Kinney and Gaga called it off. Though the couple parted their ways, Gaga has still shown her affection for her former fiance. One of the insiders revealed though they have ended their relationship, they are still friends. The insider also stated:

“Gaga and Taylor Kinney are still very close, but they are only friends. Gaga and Taylor talk or text every single day and meet up when they’re in the same city, but nothing romantic is happening between them.”

Back in 2016’s interview, Gaga mentioned the couple went different ways because they were focusing on different things. The singer also appreciated him saying he is very supportive and caring. Just two days before Kinney’s new relationship made headlines, she would throw a party after he will start dating again.

Taylor Kinney is an American actor and model. He is also known for playing Phil in Other Woman, Jared in Zero Dark Thirty, Lason Mason Lockwood in The Vampire Diaries, and Lieutenant Kelly Severide in Chicago Fire, Chicago P.D., and Chicago Med. See more bio…