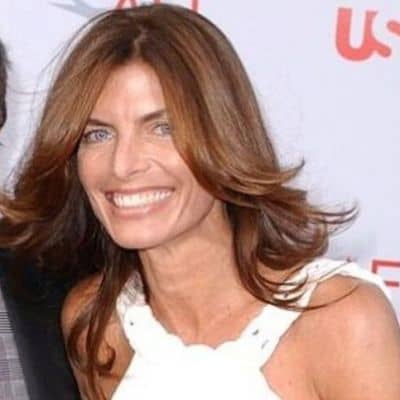 Who is Lady Victoria White Dating?

According to the sources, Lady Victoria White is currently single and is not dating anyone.

She is more popular for being the ex-wife of late, Robert Evans.

She was married to the late, Robert  Evans in 2005. Though, their relationship could not last long and ended in 2006. They ended their marriage due to personal issues.

During their togetherness, they welcomed a son and named him, Josh Evans.

Who is Lady Victoria White?

Lady Victoria White is an American socialite and businesswoman. She stole the attention of the media after being the former wife of late American film producer and actor, Robert Evans.

Lady Victoria White was born in the United States in 1969. Victoria White is 53 years old as of 2022. She holds American Citizenship and maintains Caucasian ethnicity.

Further detailed info on Victoria’s parents, siblings, or educational life has not been revealed.

It is apparent that Lady Victoria White is an American socialite and businesswoman. She is more famous for being the former wife of American film producer and actor, Robert Evans.

Starting his acting career as a child actor, he is memorized as one of the most successful producers in the history of Hollywood.

Roberts Evans debuted his acting career by playing the role of actress Norma Shearer’s late husband, Irving Thalberg in the drama film, Man of a Thousand Faces in 1957. His other acting credits include The Sun Also Rises (1962), The Best of Everything (1959), and so on.

Later, he decided to pursue producing career and purchased the rights to a 1966 novel named, ‘The Detective.’ He cast, Frank Sinatra, Lee Remick, Jack Klugman, Robert Duvall, and Jacquline Bisset in it. In 1967, he was assigned as the head of Paramount Pictures.

In 1968, the article was written by Peter Bart, for The New York Times, mentioning his aggressive production style. He then became head of Production for Paramount, as the floundering studio was the ninth largest.

While being part of Paramount studio, he worked on the movies like The Odd Couple, Romeo and Juliet, Rosemary’s Baby, True Grit, Save the Tiger, Chinatown, and The Great Gatsby.

Later, the producer decided to work independently, and in 1972, he struck a deal with Paramount. Then he worked on movies like Marathon Man, Black Sunday, Popeye, and Urban while working under his own banner from 1976 to 1980.

In 2003, he produced the animated series, Kid Notorious and even provided the voice of the eponymous character.

As soon as he suffered a stroke while giving a  toast he was taken to the nearby Cedars-Sinai Medical Center, on May 6, 1998. Following the three strokes, he was left paralyzed on his right side after which he was unable to speak.

Ultimately, he was able to talk and began producing. Though, unfortunately, on October 26, 2019, he passed away in Beverly Hills, California at the age of 89.

Lady Victoria White has maintained a low-key profile that has not involved her in any serious rumors and controversies. She is better known to be the former wife of American actor, Robert Evans.

The former celebrity wife, Lady Victoria White stands at the height of 5 feet 6 inches weighing around 56 Kg. The detailed info on her body measurements like bust, waist, and hip size has not been revealed yet.

It is apparent that she has a fair complexion along with brown hair and blue eyes.