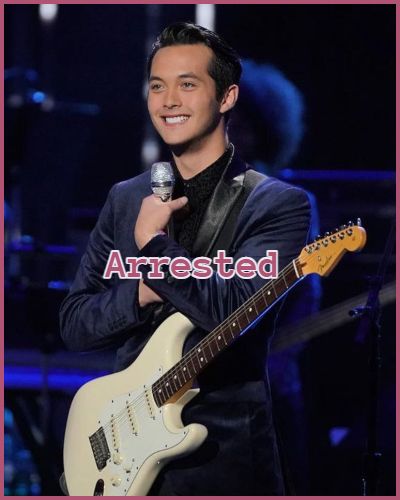 What allegations have been made against Laine Hardy?

‘American Idol’ winner Laine Hardy has been arrested for allegedly spying on his ex-girlfriend on Friday, April 29. He took into custody after his former girlfriend discovered a voice recorder in her room.

His ex-girlfriend is a student at Louisiana State University. As soon as she found a VR-500 voice-activated recorder underneath her futon bead in an LSU dorm room, belonging to her, she contacted the LSU Police Department.

According to sources, the warrant issued, stated,

“The victim stated that after googling the device she learned it to be a VR-500 Voice Activated Recorder. The victim reported that she believes the person who left the record there to be her ex-boyfriend/Defendant (Laine Hardy.)”

As per the report, a woman and her roommate found the device, which looked like a phone charger on April 6. The following day, they then file a complaint.

Presently, Hardy is detained at East Baton Rouge Parish Prison on a charge of interception and disclosure of wire, electronic or oral communication.

What American Idol winner has said after the warrant was issued?

Hardy, who won season 17 of American Idol in 2019, took to the social media platform, an hour after the warrant was issued against him. He shared a statement, stating,

“Earlier today, I received a warrant due to allegations made against me and have been fully cooperative with the Louisiana State University Police Department,”

“I understand that my career has thrust me into the public spotlight, and I embrace that wholeheartedly as my entire world belongs to my music and my fans,”

The 21-years-old singer also asked fans for privacy at this time due to the sensitive nature of the allegation. Also, he acknowledges that he will be cooperating with the law. And mentioned that he has full faith and trust in investigators and the law as well.

The name of his ex-girlfriend, who made the allegation against him, is still unknown. According to her, she told authorities that she and Hardy dated from November 2021 until February.

Earlier, he hooked up with a girl named Gracie Lee. Hardy first went public with Lee in November 2019 via an Instagram post. The two rarely posted each other pictures on their respective IG handles.

Also read “Is ‘American Idol’ Alum Gabby Barrett Pregnant? Everything About Her Married Life With her Husband Cade Foehner!”

Last time, Hardy gave a glimpse of his girlfriend was last January, paid a tribute on her birthday. prior to Lee, he dated Sydney Becnel from July 2018  to 2019.

Laine Hardy is a singer. Hardy is the winner of the 17th season of the American Idol.

Currently, the singer is on his second musical Tour. See more… 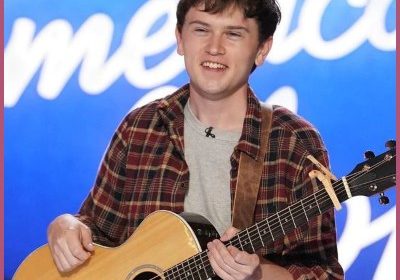