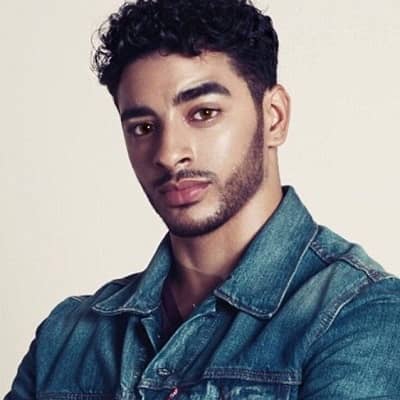 Laith Ashley is Gay and currently dating a fellow model, Arisce Wanzer. They are often spotted having fun together. He is much concerned about his relationship with Arisce. The duo seems to be happy and is celebrating their time of togetherness.

Who is Laith Ashley?

Laith Ashley is an American Actor, Transgender Model, and Activist. Likewise, he has appeared in various television shows and series.

Laith Ashley born Ashley De La Cruz was born on July 6, 1989, in Harlem, New York, United States of America. As of 2021, he will be celebrating his 32nd birthday.

He was born to a Church oriented family. His father was a Roman Catholic and his mother was a Pentecostal Christian. Likewise, he grew up playing various sports like boxing, basketball, and baseball. He was the top athlete of his school. Laith was assigned female at birth and experienced stress and difficulties during childhood. We can say that his childhood passed in a harsh way.

He holds American nationality and his ethnicity is Dominican. His birth sign is Cancer. Talking about his education, he enrolled in business school and studied psychology at Fairfield University in Connecticut.

Before making his television appearance, he worked at Callen-Lorde Community Health Center with LGBT homeless youth as a social worker. He first featured in the 2016 Tv documentary series ‘I Am Cait’. Later, he gained fame and recognition in Tv Series Strut in 2016. His other Tv appearance includes Ru Paul’s Drag Race, Pose, and LOGO.

Similarly, he has released several songs like Can’t Wait, Before You Go, and Like Me. In 2019, he collaborated with Kay’Vion on the latter’s album with the single “Favorite.”

Apart from that, he is also a model. He has modeled for various magazines like Vogue France, Out Magazine, Elle Uk, Attitude UK, Gay Times, Cassius, and FTM Magazine among others. Laith also works for brands like Calvin Klein, Barneys, and Diesel. He has appeared in various fashion shows like the Gypsy Sport catwalk and Marco Marco Fashion Show.

Laith is one of the Models plus actors to gain huge fame and wealth through Modeling and acting. he has an estimated net worth ranging from $1M-$5M.

There are no rumors and scandals regarding him. However, there may be some people trying to back him down regarding his gender but he takes the matter in a positive manner.

Laith Ashley has a decent height of 5.11 feet. His weight is not known. similarly, his eyes are of dark brown color, and his hair is black. has a muscular body build.