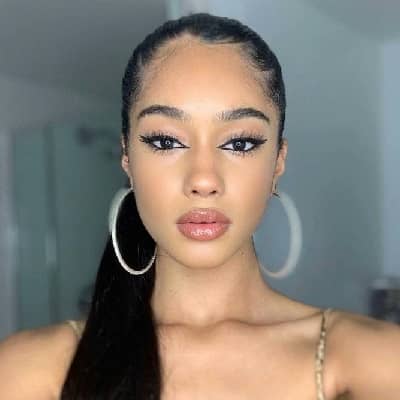 Lala is now in a relationship with a famous rapper and singer Tione Jayden Meritt aka Lil Tjay.

However, the couple maintains a secretive life and hasn’t talked about it officially. Their relations news came over the media after they were seen being cozy in a video of LilTjay’s song, “Mood Swings”. It is said that they met back in 2019.

Lala has also posted a Q&A video on her Youtube channel on Apr 22, 2020. There she mentioned that she might be in a relationship. She also told that she doesn’t want to reveal her boyfriend to the media and isn’t part of the Youtube world.

Who is Lala Baptiste?

Lala Baptiste is an American social media influencer, actress, vlogger, and beauty entrepreneur. She has her Youtube channel where she uploads various vlogs relating to her professional and personal life.

Her mother’s name is Simone. She is also a Lifestyle, Hair, Beauty, and Fashion vlogger.  However, she hasn’t shared any information regarding her father.

She is of Mixed (Trinidadian, Puerto Rican, and European) descent. The star hasn’t mentioned much about her educational background.

Lala started her career as a model in her initial days. She appeared on the Naughty music video by Christian Combs a.k.a. @kingcombs featuring Thumpy Johnson a.k.a. @jeremih.

She has worked for various popular brands like DERMA•E and Morphe Brushes. The model is signed under The Wilhelmina Models

Moreover, Lala is an ambassador for Savage x Fenty. She has also been the part of a campaign with Khloe Kardashian’s “Good American,” Forever 21, Anastasia Beverly Hills, and Herve Leger.

Moreover, she has also established her career on the internet. She has a huge fan page on her Instagram account. Her post gained a lot of people and she is popular for her lifestyle, fashion, adventures, and so on.

Lala’s net worth is estimated to be around $3 million.

Lala’s are available under the Nyela collection website which price ranges from $25 to $55 per one. Likely, she sells her clothing through depop. Her depop account also holds over 4K followers. The cloth ranges from $20 to $60 respectively.

Her yearly income from Youtube is from $1.4K to $22K. Furthermore, she also earns from her merchandise, brand endorsements, and post promotions.

There were rumors about Lara dating ex-NFL star, Orlando Scandrick. The rumors were spread when Lala uploaded an Insta story where she was seen in Draya Michele’s kitchen.

Draya is the ex-wife of Orlando Scandrick and the audience made the link. However, the exact information is yet to be revealed.

Lala has an average height of 5 feet and 8 inches and weighs around 55 kg.

She has a perfect figure with a body measurement of 34-26-40 inches. Likewise, she has long dark brown hair with black eyes.

Her official Tik Tok account also holds 17K followers with more than 50K likes. Similarly, she has her own YouTube channel with 378K subscribers.