Lala Kent Shared a Scary Story of Taking Her Infant Daughter, Ocean, to the Hospital Last Week after She Suffered from Breathing Problems! 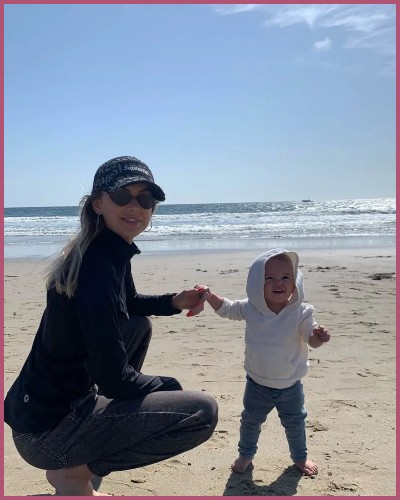 Lala Kent revealed she had to rush her daughter to ER. source: Page Six

Lala Kent recalls the most horrifying moment of her life when she had to rush her 0ne-year old daughter Ocean to the hospital.

Kent could barely speak as she recounted the scary moment when she had to rush her infant child to the emergency room because she couldn’t breathe.

On Wednesday’s episode of her Give Them Lala podcast, the reality star explained that around 7 p.m. last week, she put her daughter to bed but was alarmed when Ocean started crying in a way that seemed unusual.

“So I go in, and she is gasping for air like she cannot breathe,”

But the new mom also thought it was a good sign that her girl was screaming. It made her realize at least the baby was getting some air in her lungs.

“I was keeping an eye on her for what seemed like an hour which was really five minutes before I decided we’re going to the emergency room — like something’s off,”

“I was watching her, I tried to lay down, I was steaming the shower, [and] while it was steaming, I put her on my chest, laid in the bed and just the way she was sounding, you could tell she was having trouble breathing. Now I’m not f–king around.”

Thankfully, Lala’s mother was in town and they together took the baby to Cedars-Sinai Hospital in LA.

Also, Read Date Back to the Relationship Timeline of Former Couple Lala Kent and Randall Emmett!

Ocean is healthy since the scary incident

Doctors revealed that Ocean had croup which is “an infection of the upper airway which obstructs breathing.” Kent also said that doctors put her daughter on a steroid to release the airway and that immediately helped the child.

“When they’re infants, [it] is very very scary,”

“Luckily Ocean’s lungs are developed, so it is something that if you catch it quickly is very treatable.”

The Give Them Lala author was all emotional remembering the horrible night she had to live through.

With a cracked voice, Lala spoke:

“Even talking about it now,”

“It was like, ‘Oh my God this is so scary.’ Like I asked the nurse, ‘Is my baby going to wake up tomorrow? Because I’m freaking out.’”

The Bravolebrity confessed that she was in hysterics the whole night and because she was a new mom,  she had no idea what was happening to her baby.

Struggling to speak through her tears, Lala said:

”All I know is my baby woke up and was having a hard time breathing, I’m so sorry,”

Lala is grateful that the family returned home later that night and Ocean is doing really well since then. The doting mother also had to stay home the rest of the weekend taking care of her baby.

Kent welcomed Ocean with Randall Emmett, 51 in March 2021. But she dumped him after he was pictured walking with two women in Nashville last October. 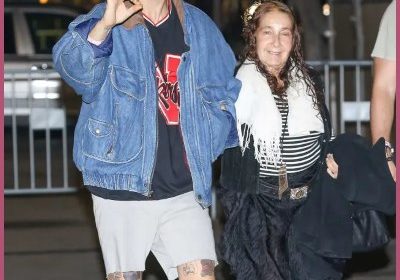 Shia LaBeouf Pays Tribute to his Mother Who Died in August!