Lalisa Manoban aka Lisa is a rapper, singer, dancer, and model who is a part of the group Blackpink.

The popular rapper and singer, Lalisa Manoban discloses that she is single and has never married anyone till now. Her organization, YG Entertainment, forbids the girls from dating and is very harsh about them hanging out with boys.

The company had made different lunch schedule for girls and boys learners. The rule applies to male artists as well.

For her popularity, Lisa has been linked with various male celebrities by her fans and the public. Furthermore, she was rumored to be secretly dating BTS’s V or Jungkook which was not true.

Also, Manoban was rumored to have an affair with Bambam of Got7. However, both artists stated that they are just friends.

Though Lisa has kept her relationship status private and is suspected to be single, she is open when it comes to revealing her choice of men. During an interview with Airrang Radio, Lisa revealed that her preference is older men.

Are Blackpink members allowed to date?

Blackpink is signed up by YG Entertainment and the band members have some dos and don’ts. And in the don’ts they have been banned from dating. And it is true that they have a “no dating allowed” clause. 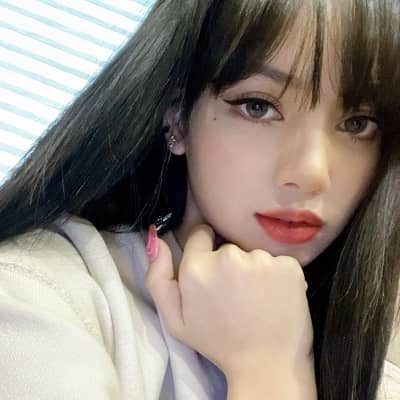 Who is Lalisa Manoban?

Lalisa Manoban, greatly known by her stage name Lisa, is a well-reputed Thai rapper, singer, dancer, and model based in South Korea. Manoban is a part of the South Korean girl group Blackpink under YG Entertainment.

Alongside her band, she is famed for holding the record for the k-pop song with the most YouTube views. Her band Blackpink has featured American singers including Selena Gomez for Icecream(2020), Dua Lipa for Kiss and Makeup (2017), and more.

She is the only child of her Thai mother, Chitthip Bruschweiler and Swiss stepfather, Marco Bruschweiler. Professionally, Lisa’s father is a well-named chef in Thailand.

Talking about her nationality, Lalisa holds a Thai identity whereas her ethnicity is Asian. Also, Manoban holds the Buddhism religion.

Regarding education, Lalisa completed her schooling in Thailand. She earned her secondary education from Praphamontree School I and II. From an early age, Manoban was fascinated by the South Korean pop industry. She loved Korean artists such as Big Bang and 2NE1.

In her childhood, Lisa participated in a dance group with her childhood mate, BamBam, who is a member of the South Korean boy band, Got7.

Manoban tried out for YG Entertainment in Thailand in 2010. She passed among the 4000 applicants and was only the one to be selected. Officially, the rapper became a learner in YG as the first foreign trainee on 11 April 2011.

The band, BlackPink debut was planned ahead of 2012 and had been preparing strictly and trained for the universe for years. Alongside her band members, Jennie, Jisoo, and Rose, Lisa made their first official appearance on 8 August 2016 by releasing their prime album ‘Square One’.

The album had some hit songs like ‘Whistle’ and ‘Boombayah’ which became number one on the ‘Billboard World Digital Songs ‘ chart. Furthermore, they earned over the world overnight and also became the biggest female brand on the ‘Billboard Social 50’.

The most successful moments of their career came after publishing their single ‘As If Its Your Last’ on 22 June 2017. The song launched on the ‘Billboard World Digital Song’ chart. Moreover, the band debuted in Japan on 30 August 2017.

Manoban was the brand model for the South Korean Cosmetic brand Moonshot in 2016. She featured in the MBC military variety program Real Man being a continuing member from September 2018.

Lalisa has earned unofficial awards as Character of the Year at the 2018 MBC Entertainment Awards.

23years old rapper, Lisa has been active in her profession from 2016 till now. In her short rising career, she has earned massive income, love, support, and popularity.

It is reported that Lalisa Manoban has an estimated net worth of $ 10 million as of 2022.

Her main income source is from the music industry. Also, Lisa earns from brand endorsement and YouTube channels as well.

Nonetheless, she has never revealed her exact salary, earnings, income, and assets details till now.

The well-recognized rapper is one of the personalities who has been hardly involved in any kinds of rumors or controversies till now. Lalisa is very tight-lipped.

It seems she feels awkward sharing her thoughts and opinions in front of the public and on social media.

Lisa was on the military variety show, Real Men which revealed her exact body measurement of 34-24-38 inches. She has a height of 5 feet and 5 inches. Also, Manoban has a balanced bodyweight of 44 kg. Due to her long legs, most of Lisa’s fans call her ‘long-legged Lisa’.

Furthermore, her eye color is dark brown and Lisa has brown eyes as well.

The star has more than 368k fans and supporters on her official Facebook page. Also, she owns a YouTube channel with more than 6.26 million subscribers.

Female K-pop band Blackpink performs for the first time in the UK; the group hopes this is not the last time!