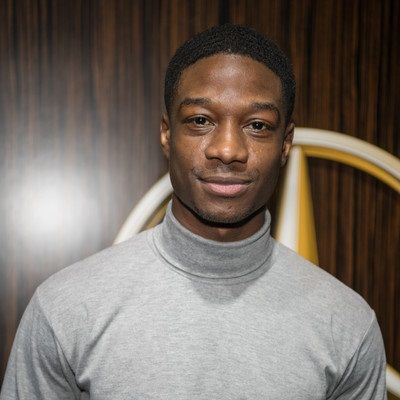 I am extremely grateful for this year and the lessons it’s taught me about myself, and my growth. I am going to live up here now

I am no longer in the business of making assumptions or presumptions about anything. your word is bond to me, be impeccable with it.

Lamar Johnson is currently possibly single as he has not disclosed his relationship and affairs.

Who is Lamar Johnson?

Lamar Johnson is a Canadian actor, dancer, and choreographer. He is best known for appearing as West North on The Next Step. He got huge popularity from the movie Dark Phoenix.

This actor was born on July 18, 1994, in Toronto, Ontario, Canada. There is no information about his parents and ethnicity, as he likes to keep his personal life far away from mainstream media.

He attended school at St. Mother Teresa Catholic Academy and graduated from Wexford Collegiate School for the Arts.

Lamar Johnson started dancing at the age of 9, a self-taught dancer. He learned a lot from dance films and videos. He rose to fame at an early age starring in the hit show ‘The Next Step‘, after learning to dance alone with no professional help watching videos online.

However, before this, he first appeared in a movie called Honey starring Jessica Alba. After that achievement, he knew what he wanted to do. Lamar co-choreographed The Next Step‘s Rewind Halloween Video, in which he played the role of an alien.

In 2012, he appeared in Home Again as Young Dunston. He played the role of Twist in the 2016 film ‘Fall Out‘. In 2017, he played a movie named Kings and Filthy from which he gained more popularity.

There are more movies like ‘The Hate Gave U’, ‘Native Son’, ‘Dark Pheonix‘, ‘Run Sweetheart Run’, and ‘All The Bright Places’, where he showed his best performances and gained hugely fan following.

He also appeared on Television shows, Lamar has charmed his American fans when he performed in the television show ‘Showtime at the Apollo’ in New York and he considers it the proudest moment of his career. Lamar hosted ‘Pop It’ from 2007-2011. In 2011, he played as a kid in Covert Affairs.

The same year, he appeared in one episode of ‘Degrassi: The Next Generation‘ where played as Niner. The Next Step was his big hit show, where he was cast for 113 episodes(2013 to 2017). ‘Saving Hope‘, Mary Kills People‘, and ‘Your Honour‘ is his most popular tv shows. Since then he has just been pursuing his dreams, all while trying to inspire others to pursue theirs.

The salary of this artist is under review, we will update you as soon as we get the information. Meanwhile, according to some sources, he has an estimated net worth of $1 million.

There were rumors about his feelings for Emily, a co-star while shooting for ‘The Next Step’. Besides that, he is doing very well in his career.

Engaged! Kelvin Hayden proposed Taraji P. Henson and she said ‘YES!’ Revealed it on her Instagram and she is in cloud 9

Secret To The Fit Body!! Khloé Kardashian, Jennifer Lopez and More Celebs Revealed Their Fitness Secret; Click To Find Out The Door To The Fit And Hot Body