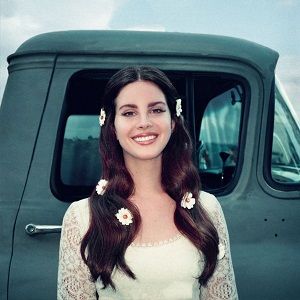 I'm not a natural performer or exhibitionist. When I was younger, I hated the focus, and it made me feel strange.

A lot of the time when I write about the person that I love, I feel like I'm writing about New York

Lana Del Rey has a long list of people who she has dated in the past. But currently, she is believed to be single. Recently in 2017, she dated rapper, G-Eazy.

But the relation did not last long. Before that, she was a love affair with Francesco Carrozzini. He is an Italian-born director. The ex-couple dated back to 2014.

She was also in a relationship with a cop named Sean “Sticks” Larkin. They started to see each other in 2019 but were separated in 2020.

Who is Lana Del Rey?

Presently, she is renowned for her songs like “Summertime Sadness,” “Young and Beautiful,” “Lust for Life,” and so on.

Till now, she has released five studio albums. Recently in 2017, she launched her album, “Lust for Life.” She is active in this field since 2005.

Lana Del Rey was born in New York City in the state of New York. The talented singer was born on June 21, 1985, Elizabeth Woolridge Grant. As of 2021, she is 36 years old. She was born to her father, Robert England Grant, Jr., and her mother, Patricia Ann Pat.

Robert is an entrepreneur and Patricia is an account executive turned high school teacher. During her childhood, she grew up in a Roman Catholic family.

She went to a Catholic elementary school. Later she joined Kent School. For further studies, she enrolled at Fordham University. She studied philosophy there with an emphasis on metaphysics.

Lana Del Rey started her professional singing career in 2005. In 2005, she recorded her first EP. But she did not release it. After that, she struggled a lot to get into mainstream music. Similarly, she also released another EP, “Kill Kill” in 2008. Then in 2010, she released her debut self-titled album.

The album consisted of 13 songs of 47:23 in length. Afterward, in 2012, she released another album named “Born to Die.” Two songs “Video Games,” and “Blue Jeans” from the album became a massive internet hit. She went on touring and releasing more albums. Some of her other albums are “Ultraviolence” (2014) and “Honeymoon” (2015).

Recently in 2017, she released her fifth album, “Lust for Life.” Among all, some of her famous songs are “Blue Jeans,” “Video Games,” “Born to Die,” “Young and Beautiful.”

Additionally, she has also appeared in short films like “Poolside,” “Ride,” “Tropico,” and “Freak.”

A singer that famous for sure earns a salary of 8-figures per year. Consequently, she has accumulated an estimated net worth of around $30 million as of now.

Lana has made several controversies in the media with her multiple love affairs. Apart from that, she went through more controversies with her song, Cola’s lyric allegedly written about Harvey Weinstein/Harry Winston’s type of character.

In the past, rumors suggested her affairs with celebrities like an actor, James Franco, singer Axl Rose, and others.

While she has hazel eyes, her hair is of blonde color.

Lana has a vast social media following. She has around 9.7 million followers on Twitter. Additionally, she has more than 15.1 million and 20.5 million fans on her Instagram and Facebook respectively.

Similarly, she has more than 10.8 million subscribers on her YouTube channel.

Kimberly Stewart shares her daughter Delilah’s first day of school as she cheers on! Know about the mother-daughter and the baby’s father!