Lana Wachowski’s relationship status is married. She is currently living with her husband Karin Winslow who she met at the club The Dungeon, LA.

Their wedding took place in 2009 and they dated for years before getting married. But this couple revealed their union publically in 2003. Her current wife is a member of the Chicago House and Social Service Agency.

Before her spouse, Lana was married to Thea Bloom. They exchanged vows in 1993 but got divorced in 2002. Thea found out about the affair of her ex-wife and Karin, so she decided to part way.

The news of her becoming from man to woman was spread in 2000 but she never confirmed anything. Then in 2008, her transitioning surgery was completed and she came in front of the public during a press conference 2012 and after two years in Feb, she disclosed her gender.

She changed from Larry to Lana though some of her documents have her birth name. Also, her sister Lilly revealed that she is also a transgender woman in 2016. 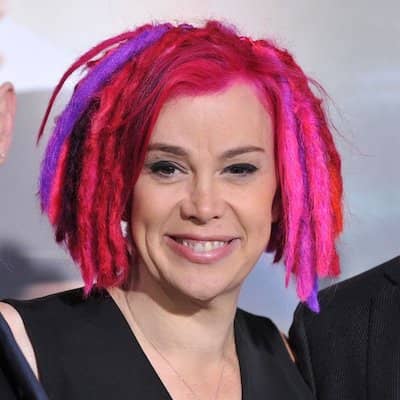 I chose to change my exterior to bring it closer into alignment with my interior. My biggest fears were all about losing my family. Once they accepted me, everything else has been a piece of cake.

For years, I couldn't even say the words transgendered or transsexual. When I began to admit it to myself, I knew I would eventually have to tell my parents and my brother and my sisters. This fact would inject such terror into me that I would not sleep for days.

Who is Lana Wachowski?

Lana Wachowski is an American writer, screenwriter, director, and producer. She is known for The Matrix (1999) and Cloud Atlas (2012).

She is one of the popular Hollywood directors who came out as transgender.

Her birthdate is 21 June 1965 and she was born in Chicago, Illinois, the United States as Laurence Wachowski. The name of her mother was Lynne Luckinbill and her father was Ron Wachowski.

Her dad was a businessman while her mom was a nurse/painter.

Further, Lana’s ancestry is a mix of Polish, Irish, German, English, Dutch, Scottish, Swiss-German, and has a younger trans sister Lilly Wachowski. Her other two sisters are Laura and Julia.

As per her academics, she attended Bard College but never completed her studies. Prior to this, she passed out from Whitney M. Young Magnet High School.

Lana Wachowski is one of the talented directors as well as writers. Her style of telling multipart stories plus putting stunning fight scenes on her films makes her a star director.

She has directed the series of the hit movie The Matrix in 1999 and in 2003. Her other films are,

Similarly, her video game projects are,

As a writer, her writing credits are,

By the records of 2021, she has a net worth of around $125 million. But her per year salary is not yet calculated.

This writer as well as the director is keeping herself away from scandals as well as rumors.

Lana Wachowski’s height is 5 ft 10.5 inches and her body weight is average. In addition, she has auburn hair and has eyes in brown color.

Her pink dreadlocks are one of her distinctive features.