Lance Bass is a singer, actor, and producer. He is renowned as the bass singer of the Pop boy band, NSYNC. He is married to Michael Turchin.

Lance Bass is married to the actor and painter, Michael Turchin. The wedding took place on the 20th of December 2014 at the Park Plaza Hotel in LA.

The wedding was documented by E! which was attended by his NSYNC bandmates Joey Fatone, Chris Kirkpatrick, and JC Chasez and Justin Timberlake. With that wedding, they became the first same-sex couple to be married on cable TV.

They first met in January 2011 and started dating each other. After two years, in September 2013, they got engaged with each other.

As of now, the couple wants to experience parenthood with their children. On the process, they have attempt IVF for nine times. However, each time, they failed. In March 2020, he revealed that they are going for IVF for the 10th time.

Also, he shared an unfortunate event stating they lost their child via miscarriages after eight weeks.

Before Michael, Lace was in a relationship with LXTV host, Pedro Andrade. They dated each other from Augst 2007 to March 2008. Also, he dated the lawyer, Reichen Lehmkuhl in early 2006.

Prior to that, he was in two relationships with men named Jesse and Joe. Before coming out as gay, he also dated the actress Danielle Fishel too. 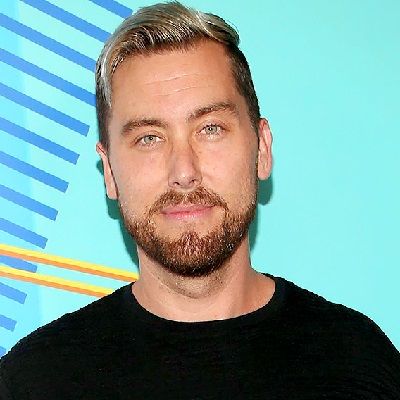 It doesn't matter what color, sex, religion, age, sexual orientation, etc., everyone should have the same freedoms and liberties

I love cooking. It's one of my favorite things to do. To share my parents' recipes that I grew up with is just something very special to me

At some point in our lives there's something about every one of us that makes us feel like an outsider, I believe.

Who is Lance Bass?

Lance Bass is a singer, actor, and producer. He is renowned as the bass singer of the Pop boy the band, NSYNC.

Last, in 2020, he appeared in the TV series, Single Parents as Lance Bass. In 2007, he released his autobiography, Out of Sync.

Lance Bass was born on the 4th of May 1979 in Laurel, Mississippi. His birth name is James Lance Bass.

His father, James Irvin Bass Jr. was a medical technologist whereas his mother, Diane Bass-Pulliam is a teacher by profession. He has an elder sister, Stacy Bass is a voice actress.

Talking about the educational background, he attended Clinton High School.

Growing as a child, he always had a keen interest in space also he intended to study engineering and work in NASA. However, his talent as a singer led him to the entertainment industry.

During his Junior high school, Lance Bass got the opportunity to audition for the boy group, NSYNC as the group’s original bass singer, Jason Galasso quit the group. Eventually, he became part of the group and started performing for the group.

On the 4th of October 1996, the group released its first single, I Want You Back that peaked in the 13th position in Billboard. In 2000, he launched his own entertainment company named Free Lance Entertainment.

Moving forwards, in 2001, the group released the studio, No Strings Attached which eventually became the fasted selling album of all-time with 1.1 million copies being sold.

The same year, he launched their final album, Celebrity. Also, they went for a tour to prompt it that earned $33.3 million.

Apart from being a singer, he is also renowned for his acting performance too. In late 1990, he started making his appearance in the video with NSYNC. Eventually, he made his first TV debut though 7th Heaven in a guest role.

Moving forward, he debuted in movies with On The Line under his production house. However, the movies became commercially fail with poor reviews. After that, he appeared in movies like White Dwarf, Such Good People, and Lovewrecked.

Later, in 2008, his appearance in the Dancing with the Stars as a contestant and secured the third position in the show.

Also, he worked in the production field with projects like The Grand, Lovewrecked, and Kidnapped for Christ.

Apart from that, he also makes through his production career and business ventures like Just Add X.

Recently, he made an announcement via his podcast stating that his business partner, Jax Taylor is stepping down as the cocktail mixed brand, Just Add X.

Vanderpump Rules famed reality is facing constant backlash from the fans over his past racial comments. Also, Bass predicted Taylor will be fired the Bravo’s show, Vanderpump Rules.

Lance Bass has hazel eyes with auburn hair. However, the actor prefers to experiment with his hair colors. He stands at a height of 5 feet 9 inches and weighs around 72 kg.