Updated On November 21, 2022 | Published By: Claude Payton
Share this
Married 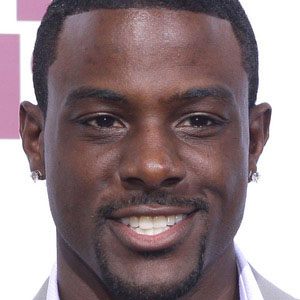 I'd rate myself an 8. I do have my flaws, but I'm a cool dude. If I wasn't myself, I'd kick it with me. I'm a down-to-earth person and all around cool guy.

It's shown and proved that hard work pays off. Make goals, achieve them and replace them with new goals.

I would actually like to play Bobby Brown. To me, he was just the King of R&

B at one point.

What is the relationship of Lance Gross?

Lance Gross is a married person. He has been married to fashion stylist Rebecca Jefferson since May 23, 2015.

The couple welcomed two children named Berkeley Brynn Gross (born November 20, 2014), and Lennon Lorin Gross (born July 10, 2018). The family is currently living together and they are sharing quality time with each other.

Previously, he was engaged to Eva Marcille on December 25, 2008, but the engagement ended in March 2010.

Who is Lance Gross?

Lance Gross is a famous American actor, model, and photographer of Ghanaian descent. He is best known for his role as Calvin Payne on the TBS sitcom ‘Tyler Perry’s House of Payne’.

He was born on July 8, 1981, in Oakland, California, USA. His birth name is Lance Darnell Gross and he is currently 40 years old. Lance’s mother’s name is Alice Gross but his father’s name is Lorin Gross.

His mother is African-American whereas his father is a Ghanaian. He has twin sisters: Staci and Traci.

Lance holds American citizenship but his ethnicity is Ghanaian plus African-American.

He attended Bonxana High School and graduated from there and then later joined Howard University from which he received a Bachelor of Arts in Theater.

Then, he took training at The Ivanna Chubbuck Studio as well as the Tasha Smith Acting Studio.

Lance Gross started modeling for Karl Kani and made his appearance in music videos for artists such as Rihanna, Mary J. Blige, and Mariah Carey. In 2006, Lance had minor roles in ‘Eve and The Bernie Mac Show’. Then, he was discovered by Tyler Perry while he was performing in the Tasha Smith Acting Studio.

Similarly, he portrayed the role of Calvin Payne, a young professional who has attended college for seven years, in Perry’s new sitcom ‘House of Payne’. He made his film debut with ‘Meet the Browns’ which is a romantic comedy.

Moreover, Lance Gross’s other remarkable performance was in ‘Our Family Wedding’ in 2010 alongside America Ferrera. The pair portrayed a recently engaged young couple whose wedding preparations are disrupted by their families.

He portrayed the recurring roles in ‘A Surprise for the Paynes’, ‘Revelations of Payne’ and ‘A Confrontation of Payne’ along with Demetria McKinney, Laramie “Doc” Shaw, Allen Payne, and China Anne McClain.

How much is the net worth of Lance Gross?

He has an estimated net worth of around $1.5 million as of 2022, and he has earned that sum of money from his professional career. His wife’s net worth, it is around $8 million.

They both are doing great in their respective professions.

Lance has been successful in keeping himself far from rumors and controversies in his personal and professional life.

How tall is Lance Gross?

Lance Gross has a height of 6 ft. and 80 kg weight. He has black eyes and black hair. But, other information regarding his shoe size, dress size, etc. is not available.

To know more about Jim Jefferies, Jeff Goldblum, and Erica Christensen, please click on the link.