Lance Stephenson is a Basketball player who plays for Liaoning Flying Leopards. Lance has three children from his past relationships. 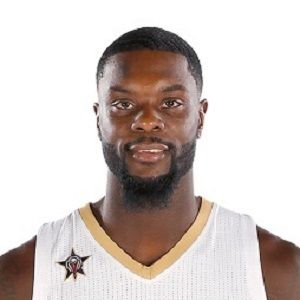 Everybody wants to make as much money as possible. Take care of your family. It's not about the money

I definitely have to keep stepping up to the plate and be aggressive when he does that.

Lance Stephenson has been in multiple relationships since his teenage period.

In 2010, Lance was said to have dated a model, Jasmine Williams. She was also said to be the mother of his first child; a daughter named Liara Stephenson.

He had brutally assaulted her and thrown her down the stairs at her home and also banged her head against the floor. He was charged with third-degree assault and arrested.

In 2013, Lance dated a girl called K.Michelle for a year. Later it was known that he also had a son named Lance Jr. who is now 3 years old. The mother of Liara, 9, and Lance Jr., 3 was found to be a lady called Feby Torres who was being provided child support of $6000 per month by Lance Stephenson.

Lance Stephenson became a father the third time with a daughter named Leya who was born on 6 June 2017. But the name of the mother of the child is not known.

Lance Stephenson is unmarried to date. Legally he is single but in multiple relationships.

Who is Lance Stephenson?

Lance Stephenson is an American professional basketball player who helped lead the Pacers to the Eastern Conference Finals in 2013 and 2014.

He spent the 2014-15 season with the Charlotte Hornets and then was traded to the Los Angeles Clippers. He is in a process of signing a contract with the Minnesota Timberwolves of the National Basketball Association (NBA).

Lance Stephenson was born on September 5, 1990, in Brooklyn, New York, USA. As of September 2021, he is 31 years old. Lance is an American by nationality and is of African-American ethnicity.

He is the son of African American parents Lance Stephenson Sr. and Bernadette Stephenson. He was interested in basketball since his childhood age.

He attended Lincoln High School and won city basketball championships in all four years of high school. He is New York State’s all-time leading scorer in high school basketball. Later, he enrolled at Bishop Loughlin Memorial High School in 2005 and played for the schools’ team.

Lance began his basketball career as a high school student at Lincoln High School. He tried out for the United States national team’s under-18 team in 2008 but was cut because of chemistry reasons. He joined the Bearcats for the 2009–10 seasons. After that, the NCAA cleared him to play in Cincinnati’s season opener against Prairie View A&M University.

He was selected by the Indiana Pacers in 2010 with the 40th pick of the 2010 NBA Draft. He made his NBA debut for the Pacers in a game against the Phoenix Suns in February 2011. He left the club for Charlotte Hornets in 2014.

In July 2014, he signed a three-year, $27 million contract with the Charlotte Hornets. He spent a season with the club and moved to Los Angeles Clippers in the 2015-16 season.

There is no record of his love affairs at this time. Once, he was involved in a sexual assault case. He got involved in a horrible domestic abuse case just a year later. He is a good basketball player but he has been criticized for his off-game behaviors.

Lance has a height of 6 feet 6 inches. His body weighs 104kg. He has black hair and black eyes.

Lance Stephenson; Not Married but with daughter and son!! Lawsuit for Children!!! Know about the past relationship with K. Michelle

Lira Galore Sex tape leaked; denied that the man in her sex tape is NBA free agent Lance Stephenson!!Know about the truth and other facts of her