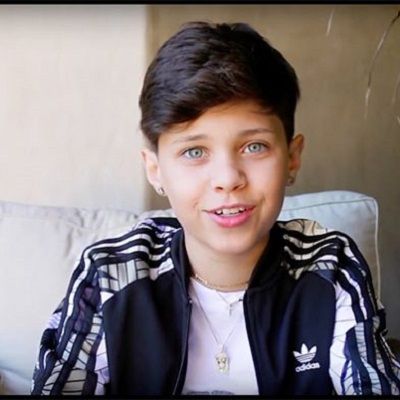 Landon Barker is in a relationship with Devenity Perkins. They started dating from 2016. Devenity is an American TV actress.

Who is Landon Barker?

Landon Barker is an American reality star. He has starred in reality series Meet the Barkers.

Landon Barker was born on 9th October 2003 in Fontana, California. Barker is the son of Travis Barker and Shanna Moakler. Similarly, his father rose to fame being a drummer for The Transplants and Blink- 182. His mother is known as a model and beauty pageant winner.

In 2008, Landon appeared on television for the second time following the crash of South Carolina Learjet 60.

Landon has not been part of any rumors and controversy.

Landon has around 341k followers on Instagram. He is following personalities like Chad Tepper, Chase Hudson, Devenity Perkins, Caroline Roman, Alabama Luella Barker, and others.

Why Is Shanna Moakler “Hurt”? Get To Know All About Her And Her Ex Husband Travis Barker’s Relationship!