Landon Clements has kept her personal life private and out of the spotlight. She usually doesn’t talk about her private life in the media and public.

She became a good friend with co-star Shep Rose while studying at The College of Charleston. 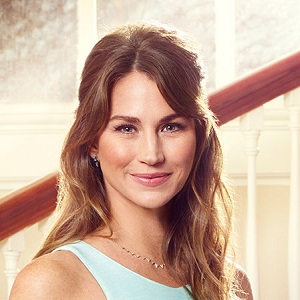 Who is Landon Clements?

Landon Clements is an American reality TV personality and professional Interior designer. She is best known as a cast member on the Bravo reality series Southern Charm who was introduced in season two. She previously appeared in a few episodes of MTV’s The Hills.

Landon was born on April 23, 1982, in St. Simons, Georgia, United States. She is the daughter of American parents Cynthia Clements and Michael Clements. She has two siblings named Powell Clements and Cameron Clements.

Clements attended The College of Charleston to study art and historic preservation. She spent some of her college days in Italy to sample wine and architecture.

Her nationality is American but her ethnicity is unknown.

After graduating from The College of Charleston, Landon Clements began her career as an Interior designer in the United States. She became popular when she appeared in a few episodes of MTV’s The Hills.

She is very popular for her work and she is passionate about her job. There is no further information about her professional life. She is very active on social media and has over 186k followers on Instagram. Her salary and net worth have $3 million.