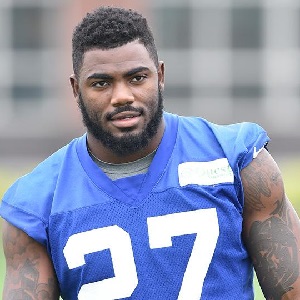 Landon Collins is in a relationship. He is dating Victoria Lowery. She is a graduate of Alabama University in 2015. They met during the college days and started having an affair.

There is no much information on their dating history. However, they are living a happy life as there is no news of their separation or breakup.

Who is Landon Collins?

Landon Collins is an American football safety. He currently plays for the New York Giants of the National Football League (NFL). He played college football at the University of Alabama. Collins won a BCS National Championship as a member of the Alabama Crimson Tide in 2013.

Landon was born on January 10, 1994, in New Orleans, Louisiana, USA. His parents are April Justin and Thomas Collins. He grew up in the Algiers neighborhood. He is an American by nationality and he is of African-American ethnicity. He has a sister, Gerrah Willis and a brother, Gerald Willis.

When Hurricane Katrina hit the city in 2005, he and his family settled in Geismar in Ascension Parish. He attended Dutchtown High School, where he was a two-sport star in football and track. In football, he was an All-American defensive back.

On January 14, 2017, Collins won NFC Defensive Player of the Year. He has an annual salary of 14 million dollars but his net worth is unknown to the media.

He has a height of 6 feet with body weight 102 kg. He has black hair color and his eye color is black.