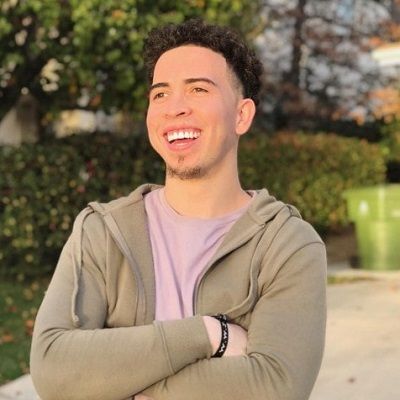 Landon McBroom is in a relationship with a popular Instagrammer Shyla Walker. This couple together has one daughter Souline.

Who is Landon McBroom?

Landon McBroom is an internet sensation who got popularity from his YouTube channel ‘This is L & S’.

He was born on September 26, 1996, in California, America with birth sign Libra. His father’s name is Allen McBroom and his mother is Michole McBroom, but they are divorced now. He is a brother of a basketball player and YouTuber Austin McBroom.

Landon graduated from Paraclete High School located in California which is Roman Catholic college. He came from an Athletic family so, he is also good at sports.

After moving with his girlfriend, Landon started vlogging who was already a popular Instagrammer. He created a collaborative channel with his girlfriend ‘This Is L & S’.  He also posted reaction videos, pranks, and challenges. Landon offers to appear his brother Austin on his channel which increases channel viewership.

The first video ‘This Is L & S’ posted an introductory video discussing their relationship. Their channel’s most-watched video was his brother Austin proposing his girlfriend.

Their YouTube channel posted numerous entertaining videos that helped the channel to grow. He is also a popular Instagrammer.

There are no rumors and controversies about Landon McBroom. He is doing well in his career.