Landon Pigg is possibly single. He is not dating anyone currently and is focussing on his career.

However, he had a relationship with Mae Whitman in the past. 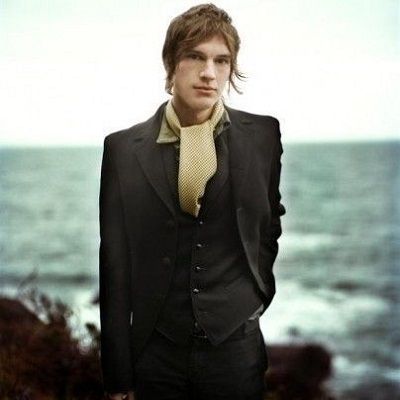 Who is Landon Pigg?

Born in Nashville on August 6, 1983, in  Nashville, Tennessee, United States. He was the son of a studio musician father and a mother who was fond of poetry. He has two siblings, Cari-Ann and Gabriel Pigg.

Pigg holds American Citizenship but his ethnicity is Caucasian.

He along with his siblings has attended Grace Lutheran School in River Forest, Illinois. Later Landon went to Christ Presbyterian Academy, Nashville for his academics.

After his song “This Is The Way It Ends“, Landon Pigg was featured in the 6th season finale of Grey’s Anatomy. In the summer of 2006, Pigg started an advertising tour that found him booked with Conan O’Brien on Late Night, Last Call with Carson Daly TV talk shows, and other media outlets including a radio tour.

Pigg also performed on some TV shows, including Jay Leno’s Tonight Show and Jimmy Fallon’s Late Night. His song “Falling in Love at a Coffee Shop” was featured in a commercial in De Beers in 2007, and later on an AT&T telephone commercial.

In 2009, he appeared for the song “Happier” in A Fine Frenzy’s video, playing the love interest of Alison Sudol. Pigg co-wrote the “Darling I Do” song with Lucy Schwartz; it is the title track for Shrek Forever After (2010), an animated fantasy comedy film.

He was heavily featured on the Parenthood TV series. Pigg sang “Gardenia” with Mae Whitman on the episode of Season 2 “The Booth Job.” He also appeared on Parenthood’s third-season episode “Mr. Honesty.”

He was also playing a character in Whip It by Oliver’s name. He was playing Ruthless / Bliss’s love interest played by Ellen Page.

Pigg’s net worth is currently unavailable. Also, his salary and other incomes are under review.

This singer has kept himself away from rumors and controversies.

Landon Pigg is 5 feet 10 inches in height. He weighs around 70 kg, Pigg has blonde hair and light brown eyes.

Landon is active on Twitter with around 12 k  followers. Likewise, Pigg is also active on Instagram with almost 2.4k followers. Furthermore, Landon also has more than 78k  followers on Facebook.