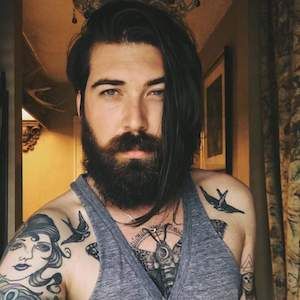 Lane Toran is a married man. He was married to Jaclyn Betham. After dating for a long time they tied the knot in 2012. They are a happily living couple and are having good quality time with each other.

Who is Lane Toran?

Lane Toran is an American actor, composer,  voice actor, and musician. He is also known for his name as Toran Caudell. He is famous for  Getaway Girls, Recess: School’s Out (2001) and Recess (1997).

Lane Toran was born on October 15, 1982, in Los Angeles, California, U. S. His full name is Lane Toran Caudell. He belongs to American nationality but his ethnicity is unknown.

Lane Toran gave a start to his career in an American television series about a Protestant minister’s family named 7th Heaven.

He has also been part of Disney movies where he dubbed a voice as a character. He was King Bob in the Disney movie Recess. He has also provided his voice as Arnold Shortman in the show Hey Arnold! which was featured in the Nickelodeon channel.  After a huge success in the show, he also provided the voice of Wolfgang the same show as 5th-grade bullies.

In 1995, a movie Max Is Missing was released where he played a role as a  12-year-old boy who accompanies his family on vacation to Peru. He was also part of the light-hearted fantasy Johnny Mysto: Boy Wizard.

He has also sung for many TV series as a lead vocal and has also appeared on Oliver!, Peter Pan and Li’l Abner. In the theater, he has played as Conrad Birdie in the story Bye Bye Birdie and the lion in the Wiz and as a prince in Cinderella. He has written a song “Sweet Sixteen” which was featured in the album Metamorphosis.

He has also sung for many brands and also sung as a sung lead vocals with the band DieRadioDie in Los Angeles.

There is no information about his salary as well as his net worth.

He has not been part of any rumors as well as any controversy.

As per his body measurements, he has a height of 6 feet 3 inches with body weight 79 kg. He has brown hair color and his eye color is green. There is no information about his shoe size.