Updated On December 29, 2022 | Published By: James
Share this
Married 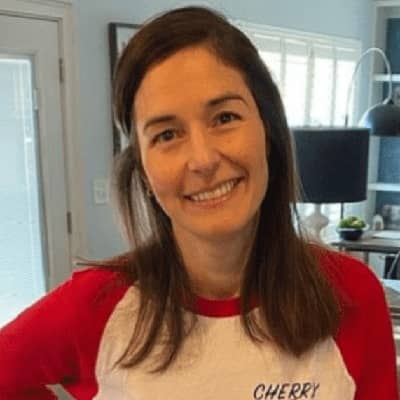 What is the relationship of Laney Beville Hayes?

Many of her fans like to learn about Laney’s personal life away from the spotlight. To your knowledge, she married her long-term lover, pop-country singer, and songwriter, Walker Hayes on June 12, 2004.

All details of their wedding are being kept under wraps. They met each other in elementary school and were in love with each other for a long time. The couple had their first date when they went to a truck monster show together. However, after their graduation, they called it quits.

Surprisingly, they accidentally met at a mutual friend’s wedding after ten months after their split. They decided to date and restored their romance once again and forever.

She has been an excellent partner for Walker and without a doubt, he does the same for her. They have been happily married for seventeen years and have six adorable kids together. They are blessed with six children, Lela Hayes, Chapel Hayes, Baylor Hayes, Beckett Hayes, Loxley Hayes, and Everly Hayes.

Unfortunately, they lost their newborn daughter, Oakleigh Klover Hayes, due to an unexpected medical event.

Who is Laney Beville Hayes?

Laney Beville Hayes is the wife of popular pop-country singer, and songwriter, Walker Hayes. She assists her busy spouse with some of his business tasks and scheduling.

Laney Beville was born in the United States. As far as we can tell, she is in her mid-30s.

Information about her parents, siblings, educational background, and early life are all under wrap. She is camera-shy and doesn’t reveal anything about her personal life.

She holds an American nationality and her ethnicity is Caucasian.

She has been a supporting and loving wife to her husband, Walker. Moreover, she assists her busy spouse with some of his business tasks and scheduling.

She is not involved in any work that gives her accolades or nominations.

As there is no information on her, determining her income and profits is impossible, yet she shares a large fortune with her spouse, Walker Hayes. Walker has an estimated net worth of $4.5M from his profession as a singer.

Laney and her husband have been through many ups and downs together, but they have remained strong. As of now, she has maintained a clean profile as of now.

Hayes looks no less than a model. She naturally has a tall height structure and good body shape with an average weight. Beville has charming brown eyes and brunette hair with a white skin tone. She follows her diet and workout plans strictly.