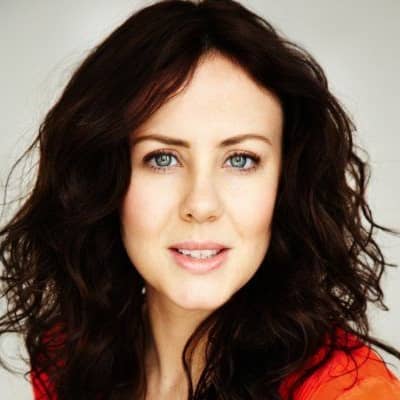 Lara Jean Marshall has maintained privacy and kept her relationship status and love affairs hidden from the public. Or it might also be the case that Lara is single at present and is more focused on strengthening her acting career.

Nevertheless, her relationship status is unknown and is possibly single.

Who is Lara Jean Marshall?

Lara Jean Marshall is an English-born Australian actress, singer, plus dancer. She is best known for her role as Lisa Atwood on the Australian television series “The Saddle Club” in the first two seasons.

She has also appeared in The Doctor Blake Mysteries.

Lara Jean Marshall was born on 30 July 1988 in England, UK. Though born in London, her nationality is Australian and is of Norman French ethnicity.

Talking about her family, Lara Jean has not disclosed the identities of her father, mother, and siblings.

However, she has shared numerous photos of them on her Instagram account. She grew up in Mount Eliza, Victoria.

She completed her high school from Toorak College and graduated in the year 2006. Then in 2007, Lara completed a foundation course in musical theatre at the Victorian College of the Arts before attending the Sydney Theatre School the following year in 2008.

Lara Marshall then went on to further train at the Victorian College of the Arts affiliated to the University of Melbourne from 2009-2011. From there, Lara Jean earned a Bachelor of Dramatic Arts degree.

Then in 2012, Lara took short courses at Ward Acting Studio in Melbourne. The next year, she trained in New York City at Susan Batson’s studio and the American Academy of Dramatic Arts.

Lara Jean Marshall started acting when she was just seven yrs old in professional youth productions and later she trained as an actor in Sydney and Melbourne.

Talking about her professional life, Lara started her career casting in The Saddle Club in the year 2000 as Lisa Atwood.

After it, she released five albums with her co-stars, Sophie Bennett and Keenan Mac William. The album was under the name The Saddle Club. They have also released a number of singles under the same name with notable hits. The Saddle Club is still broadcasted on Popgirl and Horse Racing TV.

They launched the third season in fall 2008.

Lara and other cast members performed The Saddle Club Arena Show on horseback during the “Sydney Royal Easter Show” in the year 2004. They performed it at the Sydney Superdome to crowds of over 7000 people.

Moreover, Lara Jean Marshall has also appeared in a variety of other projects, including The Doctor Blake Mysteries, alongside Craig McLaughlin; Penny, with Steph Dunbar and Jason Agius; and We Were Tomorrow, with Tim Pocock and Alicia Banit.

Her other projects include movies and TV shows like Waiting at the Royal, Any Moment Now, Les Miserable, etc.

Moving on, Lara Jean has a net worth estimation of approximately $1 million-$5 million. She most probably earns through her acting projects, partnerships, advertisements, modeling, etc.

Maintain a low profile, she has never talked about her personal life. And so she is far from media as well as from rumors and controversies.

Lara Jean Marshall has a slim body standing with a height of 5 ft 3 inches and weighing 54 kg. She has brown colored hair and blue colored eyes.

Lara is active on social media platforms with over 14.5K followers on Instagram. She has around 1K followers on her Facebook page.