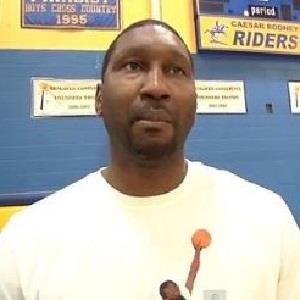 What is the relationship of Laron Profit?

Reflecting on a personal life of Laron Profit, he is possibly single. There isn’t any information regarding his romantic relationship affairs. His personal life isn’t in the limelight as his career path is. He has kept his personal life far from the tabloids.

There isn’t any solid proof which leads towards his married lifestyle and children. Being a celebrity, his personal stuff is always a matter of discussion and interest to the public.

Who is Laron Profit?

Laron Profit has played for different teams in National Basketball Association (NBA). He is currently engaged in NBA as a basketball coach.

Former professional basketball player Laron Profit was born in Charleston, South Carolina. He was born on 5 August 1977. He is of African American ethnicity and has an American nationality.

His birth name is BrontaLaron Profit. He lived in various Air Forces bases as his step-father James Truitt served in the United States Air Force.

He studied at Caesar Rodney High School in Camden, Delaware, and attended the University of Maryland. He played college basketball for Maryland Terrapins where he has been honored all four seasons with All-ACC.

Talking about the career journey of Laron Profit, he has been active in the professional basketball game since 1999 and he retired in 2010. He started playing basketball professionally after being selected by Orlando Magic in the 1999 NBA draft. On 22 September 1999, he was traded to the Washington Wizards where he recorded an average of 1.5 points in 33 games.

He has also missed most of the matches due to tendinitis in a knee. Then he was traded to Orlando Magic but he was soon released from the team on 15 October 2001. He played for Premiata Montegranaro of the Italian Lega Basket Series A where he recorded an average of 13.7 points, 2.8 rebounds, 1.2 assists, and 2.2 steals in six games.

He played for Guangdong Southern Tigers of the Chinese Basketball Association (CBA) from January 2003 to 2004.

Profit joined the training camp with Milwaukee Bucks in 2002 and has also played for the Philadelphia 76ers in the 2003 NBA Summer League. On 1 October 2004, he came back to the Wizards filling in for injured players. On 2 August 2005, he was traded to Los Angeles Lakers but he was soon released from the team on 17 January 2006.

On 12 December 2006, he signed a one-month deal with Anadolu Efes S.K. of the Turkish Basketball League. Then he joined Grises de Humacao of Puerto Rican League BSN. On 7 February 2008, he signed with Club Deportivo Libertad of Argentine LNB where he led the team to win the 2008 LNB Championship.

Afterward, he retired from his playing career and started as an assistant coach for the Orlando Magic on 30 August 2012. His success in his career path has paid him well financially.

Laron Profit: Salary and Net Worth

His net worth varies depending on the source so for now, he has an estimated net worth of $500k as of 2022.

Unlike other players, he has neither been into any rumors nor controversy sufferings in his life.


Laron has a height of 6 feet 4 inches. His body weighs 93kg. He has black hair and dark brown eyes.

Also get to know more about the birth facts, education, career, net worth, rumors, height, and social media of different personalities like Kyrie Irving, Ryan Anderson, and Latrell Sprewell.