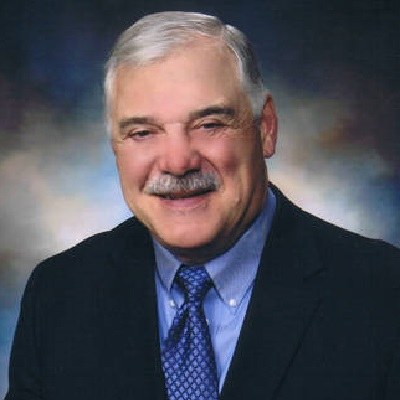 “Any time you try to win everything, you must be willing to lose everything.”

What is the relationship of Larry Csonka?

He was married to Pamela Csonka. The wedding took place in 1967. Together they have two children, Doug Csonka and Paul Csonka. However, the former couple parted his ways with a divorce. The divorce was finalized on the 12th of November 1987.

Currently, he lives with the co-host of North to Alaska, Audrey Bradshaw in Wasilla, Alaska. In Wasilla, they maintain their farms too.

Who is Larry Csonka?

Larry Csonka is a former Pro Football Hall of Fame football player and actor. He is renowned for his offensive playing style as a Fullback.

Larry is also a motivational speaker and host for NBC Sports Network. Last, in 2019, he appeared in the TV series, Flea Market Fanatics.

Who are the parents of Larry Csonka?

Larry Csonka was born Lawrence Richard Csonka on the 25th of December 1946 in Stow, Ohio. His father, Joseph Csonka, and mother, Mildred Heath used to be farmers by profession. They are of Hungarian ethnicity.

He has 5 siblings including Nancy, Joe, Andy, Norita, and Anita.

He attended Stow High School. From High school, he started his football journey as a running back which was totally out of his path.

Because of his large body physique, he played on the defensive end. At the start, he was slow. However, with passing time, he was able to impress his coach, Dick Fortner, and teammates.

In High School, he played for 3 years Metropolitan League of the Akron-area championship the school. Moving forward, he joined Syracuse college. In college, he continued football as a middle line back.

During his college days, he was named the MVP player in the game including East-West Shrine Game, the Hula Bowl, and the College All-Star Game. In 1989, he was also honored with the College Football Hall of Fame.

In 1968, Larry Csonka started his professional journey with the Miami Dolphins. Dolphins pick him at the 1st position at the 1968 Common Draft.

However, his initial journey as a football player got a little bit shaky when he suffered from a concussion during the fifth match against Buffalo.

Again, he suffered from the other concussion that causes a rupture of his eardrum and broke the nose too. Due to that, he missed three games in 19869 and the other three in 1969.

Moving forward, in the early ’70s, along with Mercury Morris, he became the first 1,000-yard rushing duo in NFL history. Later, in 1973, became was voted to be the Super Athlete of the Year by Professional Football Writers Association.

In March 1974, he was selected for WFL Pro Draft. He played the world football league for the Memphis Southmen. He ended the season with 421 yards with 1 touchdown.

After that, he signed with New York Giants in 1976 and played for the team for 2 years. Later, he returned to Dolphins again in 1979. From the team, he got retired with 8,081 rushing yards, a 4.3 rushing average, and 64 touchdowns in his NFL career.

After taking retirement from Football, he became a motivational speaker. Also, he started making appearances in the NBC Sports Network’s hunting and fishing shows as the host.

Apart from that, he has also made appearances in various TV series, including The Six Million Dollar Man and Ballers. Besides that, he is also active in producing works that include the TV series, North to Alaska (1998-2013), and Csonka Outdoors.

How much is the net worth of Larry Csonka?

Besides that, he also makes through his production works, acting, and motivational speaking too.

To date, he has not been through any kind of controversy and rumors that created a buzz in the media.

Larry Csonka has black eyes with fair hair. His height is 6 feet 3 inches and his weight is around 108 kg.

On Twitter, he is following the personalities Barack Obama, Jerome Bettis, and Conrado Giulietti.