Updated On November 15, 2022 | Published By: Marc Surne
Share this
Married 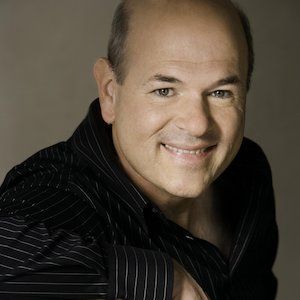 Women say they have sexual thoughts too. They have no idea. It's the difference between shooting a bullet and throwing it. If they knew what we were really thinking, they'd never stop slapping us.

I was asleep, in the upstairs bedroom, in the rear of the house. There was this tremendous crash, there was a terrible wind force hitting my body, and then I blanked out. Larry Miller

Manufacturers are making products kosher to get in on that market, plus more people are looking for kosher.

What is the relationship of Larry Miller?

Larry Miller is a married man. He is married to Eileen Conn.

Eileen Conn is a television writer. After dating for a long time they tied their knot in 1993. As a happily married couple, they have two children as a sign of their love.

Who is Larry Miller?

Larry Miller was born in Valley Stream, New York (Long Island) on October 15, 1953. He belongs of American nationality and his Jewish ethnicity.

There is no information about his parents but it is said that his grandmothers were from Latvia and his grandfather was from Austria. He spent his childhood in New York.

Larry Miller gave a start to his career as a character actor for the project ‘stuck up to suck up’. His first television show was the Emcee on “Fame”. As the main character, he appeared in the scene of  Pretty Woman.

In the movie 10 Things, I Hate About You he played the role of Walter Stratford. He has also been part of several other movies in supporting roles.

Carry On Columbus, Nutty Professor II: The Klumps, The Nutty Professor and Max Keeble’s Big Move were some movies where he did a supporting role. He played a role in the movie 8 Simple Rules for Dating My Teenage Daughter where he played a Tommy, Kyle’s obnoxious father.

In 2002 January,  he mocked various anti-war platitudes of the time for the frequently-forwarded emails.  He performed the stand-up routine that Larry Miller did in the 1990s. He served as a commentator and also did a  weekly podcast on the Carolla Digital Network.

Later in April 2012, he had a head injury which made This Week with Larry Miller shows delayed. He was hospitalized and suffered from a coma. In January 2013 he revealed that he was convalescing.

After he was back from the disease he resumed the show The Larry Miller Show on January 9, 2013.

He has a net worth of $2 Million but his salary is yet to be revealed.

He has not been part of any rumors and controversy through till now.

As per his body measurements. He has a height of 5 feet 11 inches. He has a salt and pepper hair color and his eye color is green.

There is no information about his weight and shoe size.

TV personality Larry King – His controversies, 8 marriages to 7 women, 5 children and other relationships!