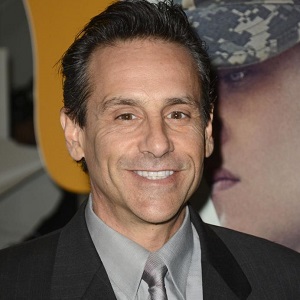 The 53 years old actor is possibly single. There is no solid proof that points towards his married life. He has not yet revealed any information on his past and current relationships. Larry has been successful in maintaining his personal and his love life as a mystery to the outside world.

Who is Larry Romano?

Larry Romano is a professional actor and writer. He has shown his skillful act in both movies and television series best known for his work in NYPD Blue as Richie Catena, CSI: NY as Louie Messer, The King of the Queens as Richie Iannucci, The Thin Red line as Pvt. Mazzi, etc. He has even worked with Johnny Depp, Madona, Al Pacino, and much more.

Larry Romano is born on 31st July 1963, in Mount Vernon, New York, USA. His nationality is American and his ethnicity is North American.

He grew up with his family. His birth name is Lawrence John Romano. Since childhood, Larry had an always interest in performing arts and he pursued his passion studying at Weist-Barron, HB Studios, and Lee Strasberg Theatre Institute which were all located in New York.

While he was at Lee Strasberg Theatre Institute he has written a play called We Aint Kids No More which was later produced at William Redfield Theatre in New York and at The Burbage Theatre in Los Angeles. He is a cousin of well-known actor and singer Carmine Giovinazzo.

Larry Romano’s first-ever appearance in the industry was through a short role of a Fed Ex driver in ‘On Time’. After this, he has been featured in more than 15 movies and television shows in his 30 years of his acting career.  From 1993 to 1994, he played a recurring role in ‘NYPD Blue, an American television series as Richie Catena.

Larry portrayed the role of Richie Iannucci in the American sitcom ‘The king of the Queens’ for four years. He has been able to please the audience with his acting skills. He has done lots of movies and television series in her acting career like laugh Killer Laugh as Vinny, The Ascent as Terry, Oiled up as Detective Paul, Donnie Brasco as Tommy, No Way Home as Carter, Mad About You as Vinnie, What I Like About You as Leo and much more.

He has gained name, fame, money, and a better life with his hard work and dedication. He has even written a play Saturday in the park which was based on an original play. He is currently living a luxurious lifestyle in Los Angeles. Recently, he had been featured in a short comedy movie ‘Oiled Up’ as Detective Paul.

He has a net worth of $100k thousand but his salary is not revealed yet.

There has been a viral rumor that Larry Romano is the brother of a famous comedian Ray Romano which wasn’t true at all.

Larry has a height of 5 feet 8 inches. He has salt-pepper hair and brown eyes. Furthermore, there are no details regarding his body measurements.

Also know more about the early life, career, net worth, relationships, and controversies of other actors and writers including Andrew Leeds, Andrew Mccarthy, Anthony Anderson, Kathryn Chandler, and Andersen Gabrych.