Lars Ulrich is a musician, songwriter, drummer, record producer, and podcaster who was on the band ‘Metallica.’ 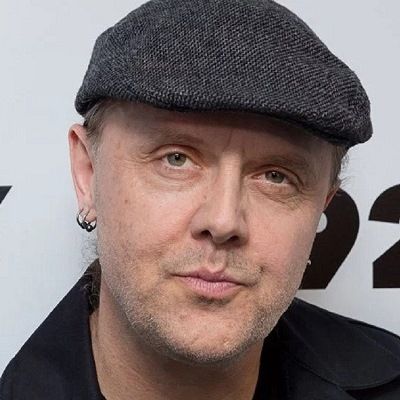 We got to thank Jethro Tull for not putting out an album this year. (after Metallica won a 1992 Grammy award for "Best Metal Performance", an honor which they lost to Jethro Tull in 1989).

I'd be lying if I didn't tell you I was disappointed. Human nature is that you'd rather win than lose, but Jethro Tull walking away with it makes a huge mockery of the intentions of the event. [on Metallica's Grammy Award loss in 1989]

Lars Ulrich has been married thrice.

He first tied the knot with Debbie Jones in 1988. He met his first wife during the tour but divorced in 1990.

His second wife, Skylar Satenstein, was an emergency medicine physician. The couple remained married from 1997 to 2004. Together, they have two sons.

From 2004 to 2012, Lars dated Danish actress Connie Nielsen and shares a son with Connie. However, the relation also suffered the same fate as previous ones.

Wed for the 3rd time with Jessica Miller

Lars is pursuing his prosperous life with wife Jessica Miller, who is a fashion model. They took vows in the year 2015.

Who is Lars Ulrich?

He is the co-founder of the band that has to infiltrate people’s heart in every corner of the world.

Lars was trained to walk on the career path of his father and grandfather; however, fate had decided something else for the world-class drummer. His family moved to New York in ’74. Lars holds American – Danish citizenship and mixed (Danish- Ashkenazi Jewish- German) ethnicity.

He is so outspoken that he revealed in an interview that when he was a teenager he got into trouble for smoking weed. He attended Corona Del Mar High/Middle School. He finished his schooling in Denmark when he was 16 years old. He trained in the tennis academy as well.

Torben, Lars’s father, obtained the ticket for the concert of the band ‘Deep Purple’ for him and his five friends. One of his friends couldn’t make it to the concert. His father decided to take Lars instead which ultimately changed the perception of the music for the nine-year-old Lars.

He was so much touched and inspired by the rock band ‘Deep Purple.’ Lars met James Hetfield, the current lead singer of the band and formed the band ‘Metallica.’

After the formation of the band, there was no turning back as the group received tremendous support and fan following are some of the albums Lars has worked as a drummer for the band:

As a member of the band, Lars has received many nominations and awards. He along the other members of the band was inducted into the “Rock and Roll Hall of Fame,” where Lars is the first ‘Dane’ to receive such honor.

He has an estimated net worth of around $350 million and his earning sources are singing, recording, producing.

Lars Ulrich was rumored with ANTHRAX guitarist Scott Ian fired back in the mid-’80s but believes that James Hetfield, Kirk Hammett, and Cliff Burton would have changed their minds before dismissing their Danish-born drummer.

He has salt and pepper hair and grey eyes. He has a height of 5 feet 6 inches and he weighs is 70Kg.