Lasse Hallstrom is a director who is mostly known for directing videos of ABBA. 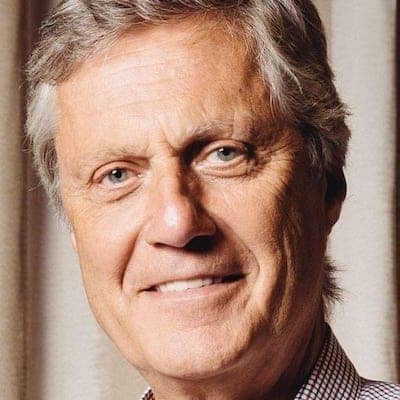 Lasse Hallstrom is at present in a marital relationship. He exchanged vows with his second wife Lena Olin on 18 March 1994.

Together this couple is blessed with a child. Their daughter Tora Hallstrom was born in 1995. Her daughter’s has a godfather Tommy Körberg, a Swedish singer.

Lena from her former relationship has a son named F. Auguste Rahmberg.

he resides in Bedford, New York with his wife and kids.

Lasse in the year 1974 married a media personality and actress, Malou Hallström. After two years their son Johan was born.

However, they did not continue their relationship and were divorced in 1981.

Who is Lasse Hallstrom?

Lasse Hallstrom is a Swedish director. He is mostly known for directing videos of the pop group ABBA.

In addition, he has directed movies such as Father To Be, Salmon Fishing in Yemen, Hachi: A Dog’s Tale, etc.

He was born as Lars Sven Hallström on 02 June 1946 in Stockholm, Sweden. His late father and his mother’s names were Karin Hallström and Nils-Axel Hallström.

Lasse’s ethnic background is Swedish-German-Danish and has three brothers & sisters who are older than him.

Talking about academics, he passed out from the Adolf Fredriks Music School.

Lasse Hallstrom’s first directed comedy show Pappas Pojkar in 1973. His first movie was A Guy and a Gal (1975).

For his work in My Life as a Dog (1985), he was nominated by an Academy Award for Best Director.

Moreover, he is associated with a band named ABBA. He has directed more than 30 music videos of them. Some of them are,

He has a property in the Stockholm archipelago. The net worth of three popular filmmakers are,

Regarding Lasse Hallstrom’s body features his height is 6 ft and his body weight is of decent shape. In addition, he has light brown eyes plus his hair is grey.