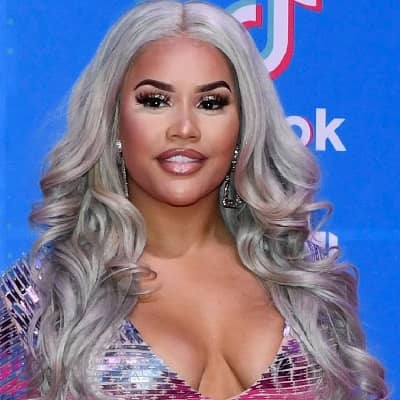 Previously, she dated Ben Charles in 2015. This ex-couple is blessed with a daughter named Wynter Anna Grace Charles.

Moreover, Grace is also rumored of having an affair with Drake in 2017 and with Erin Budina. Her other ex-boyfriends are David McIntosh and Jack Watkins.

Lateysha Grace is a Welsh TV personality and model. She is also a businessperson and was seen in Big Brother S17, Million Dollar Baby, and Celebrity Ex on the Beach.

In addition, she is an influencer and is popular on the social media site, Instagram.

She was born as Lateysha Naomi Henry on 25 Nov 1992 in Port Talbot, Wales. Her father’s name is Leroy Henry and her mother is Deborah Grace.

Lateysha belongs to Welsh ancestry and has a younger brother Regan Grace who is a footballer. Regarding academics, she has not disclosed the details.

Lateysha Grace was working as an accounts administrator and a hairdresser before she was seen in the TV series, The Valley in 2012-2014.

In June 2016, she participated in Big Brother S17 but was evicted in July. Then she along with her business partners were seen in Million Dollar Baby.

Her recent screen presence was in the MTV series Celebrity Ex on the Beach (2020). Furthermore, she sang her debut single “You Beautiful” in April 2014. Valleywood, her autobiography came out in 2015.

She is also associated with brands like Skinny Sprinkles, LASULA, EIKLABOUTIQUE, Fashion Nova, Big Belly Lifestyle, and Secret Diva. Grace is the owner of an online fashion store, Baby On Trend.

This The Valley’s star is keeping herself away from rumors or any desperate scandals.

Regarding Lateysha Grace’s body features, her height is 5 ft 3 inches and her body weight is 62 kg. Moreover, her alluring eyes are dark brown and her hair is black (natural).

She often dyes her hair in colors such as blonde, yellow, purple, and red.

She is also active on the OnlyFans site. But she is away from Facebook.