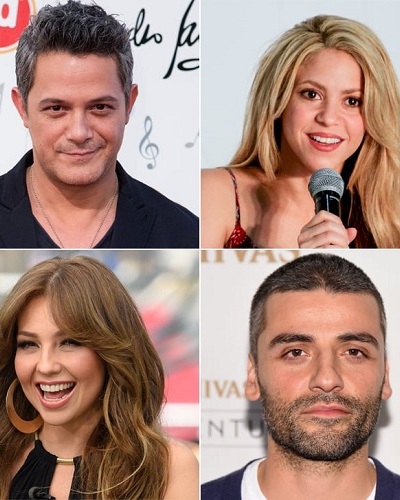 Hollywood is striving to be more inclusive these days. And Various attempts are being carried out in this direction. But despite all efforts, the Latino celebrities remain underrepresented in the film industry of the USA, a new study has revealed. This underrepresentation is both in front as well as behind the cameras. What is the reason and what can be done about it?

Latinos and their underrepresentation

The number of Latinos in Hollywood film world is less. Hence, there are very few Latinos who are in the lead or co-lead roles in Hollywood. Only 3% of entertainers in lead or supporting roles are of Latin origin. This is very negligible. Besides, the number of producers, directors, or casting executives who are Latinos are even lesser. A new study has brought all these facts to the forefront.

The study has revealed that the film industry of the USA has an underrepresentation of Latinos. And these are few both in front of the camera as well as behind the cameras.

More about the study of Latinos in Hollywood

On Monday 26 August 2019, The Annenberg Inclusion Initiative at the University of Southern California released details of their study. They analyzed the data from the 100 high-grossing films from 2007 to 2018. And they found that only 3% of these films had actors or actresses in leading roles or supporting roles. Similar was the state when the producers or casting executives were studied. Only 4% of the directors of these films were Latinos.

If all the speaking roles were considered (47268 in the 100 films of these 12 years), only 4.5% of these went to Latino celebrities. Wise Entertainment and the National Association of Latino Independent Producers were also part of this study. The latter association promotes the work of Latino content creators. Benjamin Lopez, executive director of the association stated:

“The Latino community has not been prioritized, and it is imperative that we shed light on the glaring reality of Latino representation in film,”

Additional analysis of the study

The Hispanic population is 18.1% of the US population. But the study did not reflect those who are working in the country. But the best part is that of the 3% Latinos, half of them are women and included Cameron Diaz, Jennifer Lopez, and Jessica Alba. Cameron lapped up the major roles.

Stacy Smith, the director of the Annenberg Inclusion Initiative stated:

“At a time where Latinos in our country are facing intense concerns over their safety, we urgently need to see the Latino community authentically and accurately represented throughout entertainment,”

Click to read more about Comedian Bob Mortimer is contemplating about future after his friend and co-star Paul Whitehouse had heart health scare earlier this year!

Hollywood has not yet tapped the Latino market to a sufficient extent. But the film Coco which was a success was the story of a Mexican boy. The audience also has more of Latinos and Hispanics who would like movies made on them and where they can relate to.