Laura Allen is an American actress. She has been married to Bruce Weyman and is the mother of two kids. 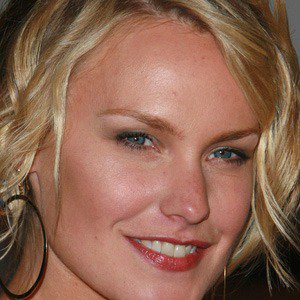 What is the relationship of Laura Allen?

Laura Allen is a married woman. She has been married to Bruce Weyman since September 23, 2006. They tied their knot at the Relais Palazzo del Capitano in Pienza, Italy. The couple has welcomed two children: Harper Edward Weyman on September 3, 2008, and Jake Bliss Weyman on June 5, 2012. The family is living together and there is no sign of divorce between the couple.

Who is Laura Allen?

Laura Allen is an American actress who has starred as Lily Tyler during the first two seasons of the USA Network show ‘The 4400’. Also, she is recognized for her performances in ‘All My Children’, ‘Mona Lisa Smile’, and ‘Law & Order: SVU’.

She was born on March 21, 1974, in Portland, Oregon, USA. She is currently 48 years old. Her father’s name is David Allen and her mother’s name is Julie Allen. She grew up in Bainbridge Island, Washington. She has two sisters: older Jennifer(Jenny) and younger Lindsay.

She used to perform in high school productions and in community theatre.

Talking about her education history, she graduated from Wellesley College as a Sociology major in 1996.

It seems she has not been able to win any awards and nominations in her career till date. As she is still active in the entertainment industry, hope, she will win in the future.

As of 2022, she has an estimated net worth of around $1 million and she has earned that sum of money from her professional career.

She seems she likes to keep her profile low and she has not been involved in any types of rumors and controversies in her personal and professional life.