Laura Bailey is a voice actress from the United States. She is married and a mother of one. .

On September 25, 2011, the beautiful couple tied the knot. Similarly, they has been blessed with a son named Ronin Willingham on June 28, 2018. 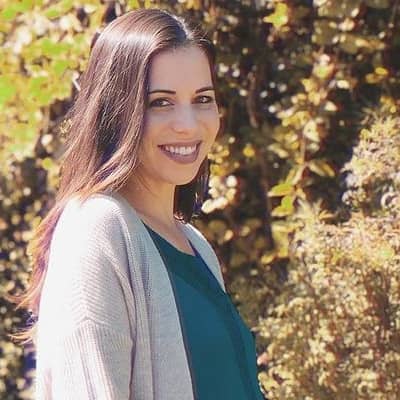 It's fun to grow with a character over the course of a TV series. Video games are usually a much more condensed process.

It's nice, because after you've worked with various directors and producers enough times, they start to know your voice and what you're capable of.

I guess anime helped me understand the Japanese culture a little better and makes me want to honor certain language nuances that don't always translate to English.

Who is Laura Bailey?

Laura Bailey is a voice actress from the United States. She is best known for her voice-over in English-language versions of anime, video games, and cartoons.

Bailey has voiced for Sniper, Polina Petrova in Call of Duty Vanguard, a first-person shooter game released by Sledgehammer Games in 2021.

Laura’s father was in the Air Force. As a result, she spent her childhood in different places like Oklahoma, San Antonio, Texas, and North Texas. When she was six years old, her family eventually settled in Allen, Texas.

She has an older sister named Jenny. However, her parent’s identity is still under review. Further, she holds American citizenship and she belongs to the Caucasian ethnicity.

Laura completed her schooling at Wheatley Park School. She then joined the theatre program at Collin County Community College in Plano, Texas.

The artist also participated in productions of the college plays Suburbia, Through a Glass Onion, and Don’t Rock the Jukebox

Laura was discovered by Kent Williams and urged her to audition for Funimation. She got her first major role on Dragon Ball Z where she portrayed with a raspy voice for the character Kid Trunks.

She also then voiced the starring character, Marlene Angel, in Blue Gender and Keiko Tukimura in Yu Yu Hakusho. In 2005, she made her directional debut in the manga ‘Gunslinger Girl’ where she voiceover the character Henrietta. Afterward, she also made her debut as a producer for the Funimation deb of ‘Shin-Chan’.

Similarly, she voiceover in numerous video games such as BloodRayne, Klonoa, Tales of Vesperia, Final Fantasy XIII, Marvel, and more. She also played Vex’ahlia (“Vex”) in the popular Dungeons & Dragons web series Critical Role in Campaign One and Jester Lavoree in Campaign Two.

Besides, Bailey has co-written the audiobook edition of the novel Critical Role: Vox Machina-Kith & Kin in 2021.

Laura has managed to maintain a clean profile. She has never been part of any sorts of rumors and controversial matters that create a huge buzz in the media.

Laura is active in the entertainment industry since 1999. Her main source of income is her voiceover career. As of 2022, she has an estimated net worth of around $2 million.

Further, her salary and other earning are still under review.

Laura is 5 feet 5 inches tall and she weighs is about 54 kg. She has a fair complexion. Likewise, she has a hazel pair of eyes and a brunette hair color.

The voice artist has a verified Instagram account where she has more than 454k followers. Similarly, she has over 650.5k followers and 94k followers on Facebook.

She is also active on Tiktok with 87.6k followers. Further, she has shared her email id [email protected]