Laura Breckenridge is an actress featured in Gossip Girl, CSI: Crime Scene Investigation. Laura is married and a mother of two. 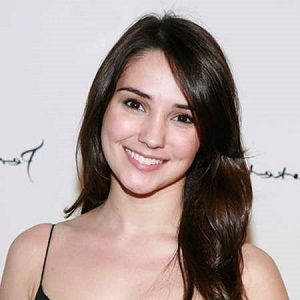 Laura Breckenridge tied her knot with Benjamin Meir Savage on May 26, 2013.

She has two children: elder daughter and younger son.

It’s been seven successful years of marriage until now and the couples are doing fine and are happy as well.

Who is Laura Breckenridge?

Laura Breckenridge is an American actress. She is well known for her role as college student Rose Sorelli on the television series Related.

Additionally, she has appeared in numerous films and TV series including Amusement, Blue Bloods, The Mob Doctor, and Rizzoli & Isles.

Laura was born in Flourtown, Pennsylvania, the United States on August 22, 1983, to parents John Breckenridge and Diane Breckenridge. There is no information about her siblings.

On talking about her profession, Laura Breckenridge began her acting career with a small role in Went to Coney Island on a Mission from God … Be Back by Five in 1998 when she was 12 years old. Then, she also featured in a famous show named Grey’s Anatomy playing Julia’s role.

In 2002, she landed a role on Broadway in a revival of Arthur Miller’s The Crucible, appearing alongside Laura Linney, Liam Neeson, and Kristen Bell. During 2005, she also appeared in her first major film role as Bell Granger in Southern Belles.

In that same year, she also made her debut on The WB’s Related as college student Rose Sorelli. Additionally, she also appeared in the films Let Them Chirp Awhile (2007) as Dara, The Favor (2007) as Young Caroline, Beautiful Loser (2008) as Tracy, and Amusement (2008) as Shelby Leds.

There is no information about her salary. Her net worth is around $2 million.

Laura has not been part of any notable controversies in his career. She is far from rumors and controversies.

On talking about her body measurements, Laura Breckenridge has a height of 5 feet 2inches. Additionally, she weighs is 49Kg.

In addition, she has a measurement of  34-24-34 inches respectively. Laura’s hair color is black and her eye color is dark brown.