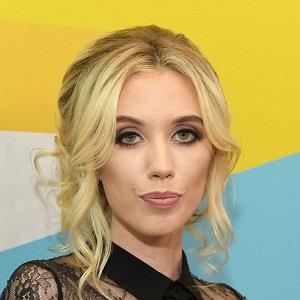 Laura Clery is a married woman. She is married to Stephen Hilton. He is a composer and music producer who often appears in her video series ‘Me Trying to Flirt’. The marriage is going strong as there is no news regarding any extramarital affairs at present.

Who is Laura Clery?

Laura Clery is an American actress and comedian. People mostly recognize her for her short comedic skits created through Facebook and Instagram. Additionally, she has appeared in several TV series including ‘Cringeworthy’ and ‘RideShare Confessions’.

Talking about her education, there is no detailed information relating to Clery’s educational background.

Clery initially appeared in the short ‘Stranded’ as Loana in 2006. In 2008, she made another appearance in short drama ‘The Hitchhiking Game’. Additionally, from 2008 to 2010, she appeared in the TV series ‘’Til Death’ as Allison Stark. She has also appeared in several episodes of ‘Disaster Date’. Since then, she has appeared in numerous other movies and television series. All in all, she has over 15 credits as an actress.

Some other movies and television series and drama shorts that Clery has appeared in are ‘The Big Leaf ‘, ‘Hungry’, ‘The Longest Week’, ‘2 Broke Girls’, ‘2 Jacks’, ‘Sex Ed’, ‘A Mann’s World’, ‘The League’, ‘The Trivial Pursuits of Arthur Banks’, and ‘OB/GY Anne’. Additionally, she also has 1 credit as a producer and 1 credit as a writer.

Clery has not been linked with any award nominations in her career.

Clery has not revealed her current salary. Furthermore, there are no details about her estimated net worth at present.

Clery has successfully kept her career away from any notable controversies. Furthermore, at present, there are no rumors concerning her life and career at present.

Talking about her body measurement, there are no details available about Clery’s height and weight. Her hair color is blonde and eye color is blue.