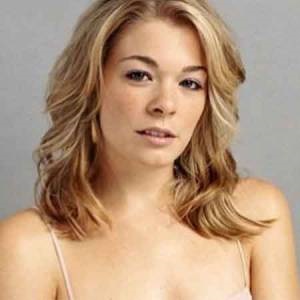 What is the relationship of Laura Cover?

Laura Cover is a married woman. She has been married to Aaron Boone since November 9, 2002. Aaron is an American former professional baseball infielder and broadcaster. At present, he is the manager for the New York Yankees of Major League Baseball.

The couple has welcomed two children: a son named Brandon and a daughter named Bella. In addition, the couple has adopted two boys: Sergot and Jeanel.

According to some online sources, her husband had to undergo open-heart surgery when she was pregnant with her second child. The family is currently living in Arizona happily.

Who is Laura Cover?

Laura Cover is an American model and actress who is best known for being the Playmate of the Month in the October 1998 issue of The Famous Men’s Magazine.

She was born on May 6, 1977, in Bucyrus, Ohio, USA. Her birth name is Laura Lee Cover and she is currently 44 years old. Her mother was a registered nurse and she was raised by her mother. However, she has not disclosed information regarding her father and siblings.

She was interested in sports during her childhood. She played football while she was in high school and also she did gymnastics.

Laura holds American citizenship and her ethnicity is Caucasian.

In which school did Laura Cover attend?

Talking about her education history, she did her graduation and left her studies, and focused on her career. She played football while she was in high school and also she did gymnastics.

She began her career as a model when she appeared in an Open Call audition in a Playboy studio, where she made a Polaroid photo of herself. She was described as buxom, curvy, and sexy by a Playboy website.

In addition, she has made her appearance in a bunch of Playboy videos including ‘Playboy: Club Lingerie’, ‘Playboy Video Playmate Calendar 2000’, ‘Lingerie: The Secret Art of Seduction’, and ‘Playboy: California Girls’. Furthermore, she did nude modeling for Mystique magazine.

Apart from her modeling career, Laura Cover has made her appearance in various television series such as Howard Stern, Weakest Link, and The Howard Stern Radio Show.

Laura was awarded in the October 1998 issue of the magazines as Playmate of the Month. Apart from that, she has not been awarded and nominated to date.

How much is the net worth of Laura Cover?

He earned around 16.3 million US dollars during his baseball career and he was paid around $600k as a salary in 2004 by his club Clevland.

Laura along with her husband owns a home in Greenwich, Connecticut. The couple sold their home in Scottsdale for $3.165 million on June 15, 2018, to former NFL player Dominic Raiola.

She has been successful in keeping herself away from rumors and controversies in her personal and professional life.