Laura Dern is an American actress, director, and producer. She is currently in a relationship with Lonnie Rashid Lynn, Jr. She was married to Ben Harper and they together had a son and daughter named Ellery Walker Harper and Jaya Harper.

He is a hip-hop recording artist, actor, poet, and film producer.

About her previous affairs, she was married to the American singer-songwriter, Ben Harper. She met Ben for the first time at one of his concerts in 2000. Shortly, they began dating each other.

After five years of a love affair, they got married on December 23, 2005, at their home in Los Angeles. They together had a son and a daughter named Ellery Walker Harper and Jaya Harper.

After five years of their marriage, Ben filed for divorce in October 2010. They were often seen together even after their separation. Their divorce was finalized in September 2013. 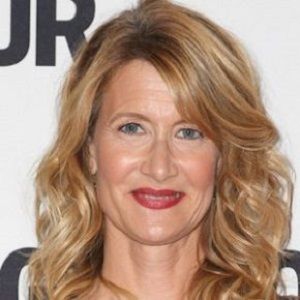 Stay true to your own voice, and don't worry about needing to be liked or what anybody else thinks. Keep your eyes on your own paper

We like our archetypes and heroes to be what they are at face value. And life doesn't work out like that

That's life - to turn each other on, to feel good, to feel in love.

Who is Laura Dern?

Laura Dern is an American actress, director, and producer.

She is known for her superelastic face.

She is popular for her roles in movies and TV films such as October Sky, Jurassic Park, Blue Velvet, Wild at Heart, and The Fault in Our Stars.

Her birth name is Laura Elizabeth Dern. She is the daughter of actress Diane Ladd(mother) and actor Bruce Dern(father). She has a sister, Diane Elizabeth Dern.

Laura has a godmother, the late Shelley Winters.

She was interested in acting since her childhood age. When she was two, her parents divorced.

She studied acting at Lee Strasberg Theatre and Film Institute and also attended the University of California, Los Angeles.

The following year, she made a brief appearance in Alice Doesn’t Live Here Anymore (1974). Her performance was highly appreciated by the audience and critiques.

She portrayed Catherine in season 3, The Last Man on Earth.

In 1982, she became the youngest-ever winner of Miss Golden Globe.

She was nominated for the Academy Award for Best Actress for her performance in the 1991 film Rambling Rose.

She won the Golden Globe Award for Best Actress – Miniseries or Television Film for the film Afterburn (1992).

Laura played Katherine Harris in the 2008 television movie Recount for which she won the Golden Globe Award for Best Supporting Actress on Television.

She also won the 2012 Golden Globe Award for Best Actress in a Musical or Comedy Series for her role as Amy Jellicoe in HBO’s Enlightened (2011–13).

She was nominated for the Academy Award for Best Actress for her role as Bobbi Lambrecht in Wild (2014).

Laura also won the 2012 Golden Globe Award for Best Actress in a Musical or Comedy Series for her role as Amy Jellicoe in HBO’s Enlightened (2011–13).

She was nominated for the Academy Award for Best Actress for her role as Bobbi Lambrecht in Wild (2014).

She is an independent woman who moved into her own apartment when she was 17 in New York City.

Laura has a height of 5 feet 10.5 inches and weighs 61kg. She is blonde with blue eyes.