Skip to content
Married Biography
Married Biography / Entertainment / Laura Dern is single again!! Divorced with her ex-husband Ben Harper. Everything about her past and present relationships 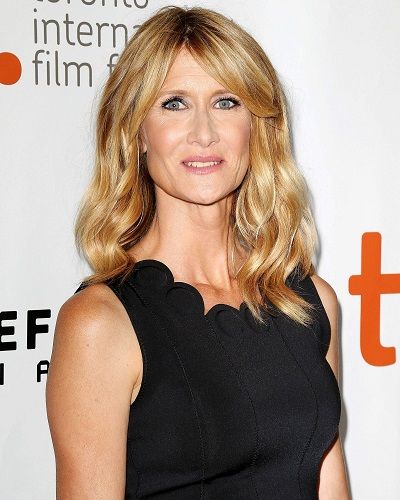 Laura Dern is a big name in the Hollywood industry. She is an American actress, director, and producer. She has been a very successful actress in her career, but her personal life is not successful as her professional career. Let’s find out everything about her past and present relationships.

Who was Laura Dern’s first boyfriend?

Laura has been in a number of relationships in her past. Her long lists of affairs begin with the Golden Globe and Emmy Award-nominated American actor Treat Williams. She was in a relationship with the American actor for over a year from 1994 to 1995.

She was a young girl at that time. She couldn’t resist herself from falling in love again. After her first breakup, she began dating the American actor Kyle MacLachlan. They begin dating each other at the end of 1985. After four years of their affair, the couple separated in 1989.

After two years of her second breakup, she fell in love with the Finnish director and producer, Renny Harlin. Their relationship didn’t last long. They dated each other for several months in 1991.

Laura didn’t stop making new relationships even after failing many times. After her breakup with Renny, she dated another American actor Vincent Spano for a year in 1992.

It seems like she was in a search of true love. That is why she didn’t stop making new boyfriend after so many breakups. In the beginning of 1995, she began dating the American Oscar nominee actor Jeff Goldblum. The couple spent two years together and broke up in 1997.

Immediately after that breakup, Dern began dating the American actor and filmmaker Billy Bob Thornton. Their relationship began in 1997 and ended in 2000.

After so many failed relationships, she met Ben Harper. She met Ben for the first time at one of his concerts in 2000. Shortly, they began dating each other. After five years of a love affair, they got married on December 23, 2005, at their home in Los Angeles.

They together had a son and a daughter named Ellery Walker Harper and Jaya Harper.

You may like to read What are micro-mansions? A unique concept by Florida-based developer Frank McKinney for oceanfront villas but smaller in size!

After five years of their marriage, Ben filed for the divorce in October 2010. They were often seen together even after their separation. Their divorce was finalized in September 2013.

Who is her current boyfriend?

After her divorce, she never dated anyone and she is single at the present time.

Who is Laura Dern?

Laura Dern is an American actress, director, and producer. She is best known for her role in the 1991 film Rambling Rose, for which she was nominated for the Academy Award for Best Actress. She is also popular for her roles in the movies and TV films such as October Sky, Jurassic Park, Blue Velvet, Wild at Heart and The Fault in Our Stars. More bio…

Like mother, like daughter. Suri Cruse Doppelganger of Katie Holmes!! Daughter from Previous Marriage…Know about her Previous Relation with Her Ex-Husband Tom Curise as well as Her Boyfriends. Katie changing her career from actor to Director??!!
Tags : Actress Director Producer