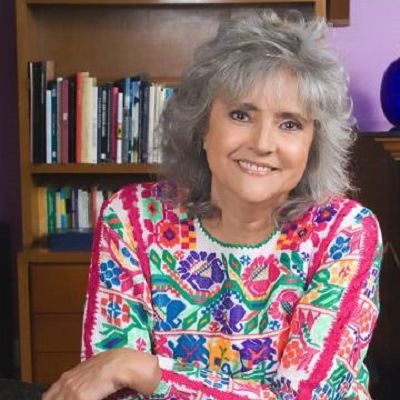 Cooking is one of the strongest ceremonies for life. When recipes are put together, the kitchen is a chemical laboratory involving air, fire, water and the earth. This is what gives value to humans and elevates their spiritual qualities. If you take a frozen box and stick it in the microwave, you become connected to the factory.

Many people think spending an hour or two in the kitchen is a waste of time. But it is a good investment in your spiritual development.

I am always interested in that relationship between outer reality and inner desire, and I think it is important to pay attention to the inner voice because it is the only way to discover your mission in life and the only way to develop the strength to break with whatever familial or cultural norms are preventing you from fulfilling your destiny.

Laura was married to director and actor Alfonso Arau and worked in various movies together.

After many years of intimacy, they went separate ways. Laura is now divorced from Alfonso.

Who is Laura Esquivel?

Laura Esquivel is a Mexican author. Laura is also a screenwriter and a politician.

She is the author of Like Water for Chocolate, an imaginative combination of novel and cookbook that was made into an award-winning movie.

Laura wrote for her students and also wrote for children’s television programs during the 1970s and 1980s.

Her father is Julio César Esquivel, who was a telegraph operator and mother, Josefa Valdés, who was a homemaker.

Esquivel began her career writing plays for the kindergarten class she taught. She went on to write children’s television programs too.

Esquivel’s novel La Malinche, published in 2006, is about a real-life indigenous woman.

Moreover, between the Fires’ 2000 featured essays on life, love, and food. Her novel, Malinche 2006, explores the life of a near-mythic figure in Mexican history- the woman who served as Spanish conquistador Hernán Cortés’s interpreter and mistress.

She uses magical realism to combine the ordinary and the supernatural, with narrative devices similar to those used by Cuban author Alejo Carpentier as “el real Maravilloso” and by Colombian author Gabriel García Márquez and Chilean author Isabel Allende.

Laura is best known for Like Water for Chocolate 1990, an imaginative and compelling combination of novels and cookbooks.