Laura Harring is an actress who was seen as Rita in the film Mulholland Drive (2001). 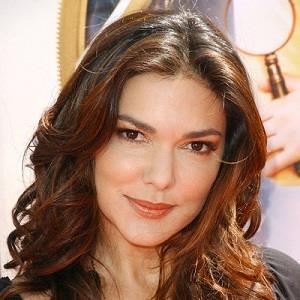 You can see beauty in everything.

We are all perfect and imperfect at the same time.

Some may think fashion is frivolous, but the way I see it when you dress well, you add beauty to the world. And there's nothing wrong with that, right?

What is the relationship of Laura Harring?

Laura Harring is a divorced and single woman at the present time. She was previously married to the German politician Carl-Eduard von Bismarck. They got married on 12 February 1987. After two years of their marriage, their relationship ended with a divorce in1989. They didn’t have any children together. After the divorce, she dated the American film producer Brian Quintana for two years from 1996 to 1998. Since then, she has not been in any relationships till now. She is currently living a single life.

Who is Laura Harring?

Laura Harring was born as Laura Elena Martínez Herring on 3 March 1964, in Los Mochis, Sinaloa, Mexico. Her nationality is Mexican-American and she is of Austrian, German, and Mexican ethnicity.

Her mother, María Elena Martínez-Cairo, is a spiritual teacher, real estate investor, and secretary. Her father, Raymond Herring, was a developer and organic farmer of Austrian-German descent. Her parents divorced in 1971. She lived the first ten years of her life in Mexico before her family relocated to San Antonio, Texas.

She was educated at Aiglon College. She was interested in acting from an early age and wanted to become an actress since she was a child. She studied theater at the London Academy of Performing Arts.

Laura began her acting career in the film Silent Night, Deadly Night 3: Better Watch Out! in the year 1989. In television, she portrayed Raul Julia’s character’s wife in the NBC television movie The Alamo: 13 Days to Glory (1987).

In 1990, Harring was the lead actress in The Forbidden Dance, where she played the role of Nisa. The same year began a recurring role on the ABC daytime soap opera General Hospital, as Carla Greco. She is best known for her dual roles as Rita and Camilla Rhodes in the 2001 postmodern neo-noir film Mulholland Drive.

Laura Harring: Salary and Net Worth