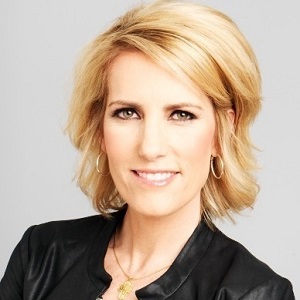 There's a rule of thumb in politics. If you're at a point where you're complaining about the other guy being mean and unfair and uncivil, that's probably a sign that you're losing.

Being a happy warrior, you also have a lot of fun in what you do because you believe in what you're doing.

The more vile the thing that's said about me, the less it affects me. It doesn't bother me at all.

Although Laura Ingraham took into a successful path, her love life could not do so. She was always in on and off the relationship. She was found to be dating broadcaster Keith Olbermann but things with him also did not work and later she was romantically involved with former New Jersey Democratic Senator, Robert Torricelli.

Laura Ingraham was once engaged to an Indian author Dinesh D’souza but unfortunately, the couple had broken up for some reason. After onwards on April 2005, she announced her engagement to Businessman James V. Reyers but somehow she had to call off her engagement due to complications with breast cancer. She took surgery for breast cancer on 26th April 2005.

Although she couldn’t get married she has adopted three kids. She adopted a young girl Maria Caroline from Guatemala in May 2008, 13 months old Michael Dmitri from Russia on July 2009 and 13 months old Nikolai Peter from Russia as well in June 2011.

Who is Laura Ingraham?

She is popular for the show, The Laura Ingraham Show and the official guest host on Fox News Channel’s The O’Reilly Factor and contributor on ABC’s show This Week.

Born as Laura Ann Ingraham in Glastonbury, Connecticut, the USA on 19 June 1964, to English, Irish and Polish.

She was born to World War Second veteran father James Frederick and waiter mother Anne Caroline (nee Kozak). Her father was English-Irish and her mother was Polish. Ingraham has three older brothers and all grew up in the middle-class family.

She has a brother, Curtis Ingraham and she does not have any sister.

Laura Ingraham did her schooling from Glastonbury High School in 1981 and got a B.A. degree from Dartmouth College in 1985. Later in 1991, she earned a Juris Doctor degree from the University of Virginia School of Law.

Ingraham had started working as a staff member of the independent conservative newspaper while she was at Dartmouth College. She became the first female editor in chief in her senior year.

After her graduation, she worked as a law clerk for a judge of the U.S. Court of Appeals for the Second Circuit, Ralph K. Winter in New York. She also worked as an attorney at the New York-based law firm Skadden, Arps, Slate, Meagher & Flom.

Later in late 1980, she became the speechwriter for President Ronald Reagan administration. Ingraham has also worked as a commentator for CBS network and a host of the MSNBC network program ‘Watch It’.

The New York Times Magazine has featured her on the cover page with a leopard-pink miniskirt in connection for her article on ‘Rising Young Conservatives’ in 1995 and in 1996.

In addition, she along with Jewish politician and lawyer Jay P. Lefkowitz organized the first annual ‘Dark Ages Weekend’ in response to Renaissance Weekend. In June 2000, she launched her book ‘The Hillary Trap: Looking for power in all the wrong places’ and later began publishing more and more which were enlisted as bestseller lists in New York Times and bestselling publication in the USA Today.

Furthermore, in April 2001, she launched her own show ‘The Laura Ingraham Show’ on 306 radio stations which moved on to a 24-hour radio network, Talk Radio Network in 2004. Her talk show is the third most popular political talk show broadcast in the United States. Ingraham is also a founder and editor-in-chief of LifeZette.

Her net worth is reviewed at around $45 million. And as per the sources, she is getting $15 million every year as a salary.

In senior year of Ingraham’s college, she wrote a controversial article alleging racist and unprofessional behavior by Dartmouth music professor Bill Cole who sued her for $2.4 million. The college paid the legal costs and the suit was settled in 1985. There’s an ongoing rumor that she is considering Virginia Senate run to replace Tim Kaine. She was also seen dating Keith Olbermann.

Laura is a fearless and outspoken woman. She doesn’t hesitate to speak against minor community (black or Muslim) women.

Laura Ingraham has a tall body with a height of 6 feet 3 inches and weighs 59 kg. She has a banana-shaped body with the body measurement of 34-25-35 inches and wears a bra size of 34B. Her dress size is 6(US) and shoe size is 10(US). She has dark brown eye col and blonde hair color.

This talented personality has also a YouTube channel (www.youtube.com/user/IngrahamAngle) with around 3.1k subscribers.