Laura Kirkpatrick is a supermodel and fashion designer. 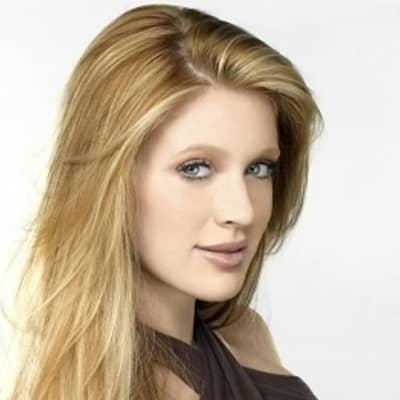 Laura Kirkpatrick at present is possibly single. The details about her boyfriend or affair are not published.

However, she has a daughter named Willow Adalynn Grace. Willow was born in Jan 2017 but her father’s identity is not disclosed.

Who is Laura Kirkpatrick?

Laura Kirkpatrick is an American supermodel and fashion designer. She is also a television personality who rose to fame after appearing on America’s Next Top Model (ANTM) Cycle 13.

She is signed with New York Model Management.

She was born as Laura Sioux Kirkpatrick on 12 June 1989 in Stanford, Kentucky, U.S. The names of her father and her mother are Greg Kirkpatrick and Jodie Hill Jones respectively.

Laura belongs to mixed (English, Irish) ancestry. Her younger sisters’ names are Hannah and Jarah, and her younger brother is Jeremy.

Regarding academics, she attended Eastern Kentucky University but never completed her studies due to her career.

Laura Kirkpatrick appeared in America’s Next Top Model in 2009 with other contestants Lisa Ramos, Courtney Davies, Kara Vincent, and more.

However, Laura did not win the competition and came as a runner-up. For this, she won 6 months of a rent-free apartment in NY.

After this, she participated in the All-Stars Cycle 17 and was placed in the 4th position.

As a model, she is very successful. She was offered by Tyra Banks’ Bankable Productions and she featured in LexScene Magazine plus British Vogue.

She also appeared in The Tyra Banks Show and in a music video titled Beautiful Girl. As Laura is a person with dyslexia, she helps others with dyslexia education via her foundation, The Beautiful Minds.

But she owns a clothing line, Grumbage. Some of the top model’s financial worth is,

Regarding Laura Kirkpatrick’s body features, her height is 5 ft 6 inches and her body weight is 51 kg. Moreover, her eyes are blue and her hair is auburn.