Laura Lafrate is an American actress and also a model. She is a bisexual individual. She likes females with a masculine edge. She had a crush on fellow contestant, AzMarie. 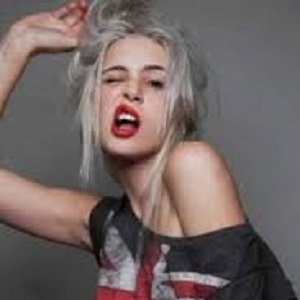 Concerning Laura LaFrate’s marriage, relationship, and dating history, there is no proper information on this section. But it is known that she is bisexual and has a crush on females with a masculine edge.

But some sources also reveal that she is engaged with Elias Nicolopulos.

Laura Lafrate is an American actress and model. She is best known for America’s Next Top Model, Creeping Crawling, and Little Bi Peep.

Laura Lafrate was born on July 29, 1991, in Scotia, New York, United States. She had a twin sibling who died shortly after birth and is half Italian and half Irish.

She went to Syracuse University and She enjoys painting, sculpting, and skydiving. Her parent’s information is not available as she discloses her family background.

Prior to her appearance on America’s Next Top Model, Laura Lafrate had been working as a waitress. Laura was considered a favorite finalist among judges and reviewers, who praised her for her bubbly personality, strong “country girl” lifestyle.

She was voted fan favorite in a poll the show held after the conclusion of the series, which won her a six-month, rent-free apartment in New York City. Laura had been pursuing a modeling career for years prior to her appearance on the CW Network reality television show America’s Next Top Model.

Laura’s dyslexia proved to be a difficulty during some challenges, particularly when she had to read teleprompters for Cover Girl television commercials, which was one of the final contests of the season.

Although Laura did not win “America’s Next Top Model,” she was voted fan favorite in a poll the show held after the conclusion of the series. Although the margin was not reported, Laura said the producers told her she won by “a whole lot.” She is the runner-up on the 18th cycle of America’s Next Top Model who would later sign with Fusion Models in South Africa before modeling for Paragon Model Management in Mexico City.

She has managed a huge net worth that is  $100,000 – $1M  due to her acting and modeling but the exact figure is unidentified.

The girls did a shoot for Vogue Italia, and Laura blew it out of the water. Sophie and Laura would be strutting the catwalk for Forever 21, and timing was everything.

Laura Lafrate has been standing with a perfect height of 5 feet 10.5 inches (1.79 m). Other parts of body measurements are not available right now.

She has blonde hair color and brown eye color.