Laura Lee is a married woman. She exchanged her vows with her long time boyfriend Tyler Williams in 2015.

This couple met in high school and started dating in 2008 and got engaged in 2012. Williams is an industrial engineer. This love birds together reside in Los Angeles. 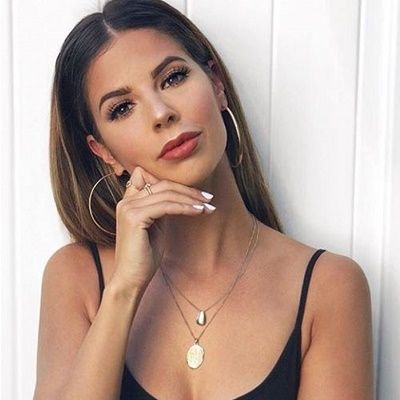 Who is Laura Lee?

Laura Lee is an American makeup artist, YouTuber, and entrepreneur. She is best known for giving fashion and makeup tips and as a blogger on social media.

This artist was born on September 1, 1988, in Alabama, the United States with a birth name Laura Ann Lee. She has an older brother and a sister.

There is no information about her father, and mother as she likes to keep her personal life far from the media.

Lee graduated high school from Evangel Christian Academy. She is of Asian-American descent.

Earlier, in Alabama, Laura Lee worked as a medical assistant for a dermatologist. She was also a preschool teacher. Lee began posting her makeup images on Instagram and start getting recognition. In 2013, this blogger started her YouTube channel where she started posting make-up tutorials, hacks, and product reviews.

In October 2014, StarCentral Magazine named her Beauty Guru of the Month. Laura has collaborated with makeup brand Too-Faced, and also with Violet Voss for an eyeshadow palette in 2016. The next year, she created her own lipstick shade with MAC Cosmetics. Lee collaborated with Benefit Cosmetics representing the Precisely Brow Pencil.

She appeared on the news and talk show The Today Show to promote her makeup brand, Laura Lee Los Angeles in 2017. The same year, she released her first eyeshadow palette Cat’s Pajamas.

This artist released her next eye shadow palette, ‘Nudie Patootie‘ with three liquid lipsticks and eyeliner in April 2018.

The average salary of this makeup artist is $61,000. Her estimated yearly earning from YouTube is $24 K to $388 K. Meanwhile, according to some sources, she has an estimated net worth of $1.5 million.

A few years back, Lee made a controversial tweet where she wrote ‘if you (black people) pull ur pants up you can run from the police faster.. #yourwelcome’. After this post, she loses her many subscribers.

Later, she again wrote ‘How do you blindfold a Chinese person? Put floss over their eyes!’ which was also controversial. She added “#dumbgook” to the end of that one. After the tweet, peoples called her garbage.

When her tweets became a big deal, she deactivated her Twitter, and then came back after deleting several tweets.