Laura Linney is an American actress who is presently starred in Netflix series. 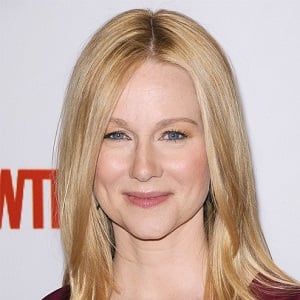 When you work and live on a film set for 12, 14 hours a day and moving from location to location, it's hard just to exist.

I tend to make low-budget movies but, yeah, I make more money than I ever thought I would make.

I guess whatever sense of community, discipline, the laws of truth for me have come from growing up in an artistic environment with people who are loving and look out for each other.

Laura Linney was previously married to actor David Adkins. They were married for five years from 2 September 1995 to 2000.

In 2000, she was involved in a brief relationship with American actor Eric Stoltz.

Currently, Linney is a married woman. She is married to American estate agent Marc Schauer. The pair married on 2 May 2009. They have a son together: Bennett Armistead Schauer who was born in 2014.

Furthermore, their marriage is going strong as there is no news regarding any extramarital affairs at present.

Who is Laura Linney?

Laura Linney is an American actress and singer. People mostly know her for her appearance in movies and television series like ‘The Truman Show’, ‘The Big C’, ‘Ozark’, ‘Time Stands Still’, and ‘The Squid and the Whale’ among others.

Linney was born in Manhattan, New York City, New York as Laura Leggett Linney on February 5, 1964. She was born to parents Miriam Anderson “Ann” Perse and Romulus Zachariah Linney IV. Her father was a playwright and professor while her mother was a nurse at the Memorial Sloan Kettering Cancer Center.

Laura also has a half-sister named Susan. Additionally, she became interested in the world of acting in her childhood years. Linney is of American nationality. Furthermore, she belongs to a mixed ethnic background of English, Irish, Scottish, and German.

Talking about her education, Linney graduated from Northfield Mount Hermon School in 1982. In addition, she also attended Northwestern University and Brown University. Eventually, she studied acting at the Juilliard School.

Laura Linney initially appeared in several plays. She had a minor role in the movie ‘Lorenzo’s Oil’ in 1992. Additionally, in 1993, she had roles in ‘Class of ’61’, ‘Blind Spot’, ‘Dave’, ‘Searching for Bobby Fischer’, and ‘Tales of the City.’ Laura appeared as Nancy Lambert Newland in the movie ‘A Simple Twist of Fate.’

In the same year, she also had the role of Martha Bowen in another TV series ‘Law & Order.’ Since then, she has appeared in numerous other movies and television series. All in all, she has over 65 credits as an actress.

Some other movies and television series that Linney has appeared in are ‘Sink Sank Sunk’, ‘Last Week Tonight with John Oliver’, ‘The Dinner’, ‘Nocturnal Animals’, ‘Sully’, ‘Inside Amy Schumer’, ‘Mr. Holmes’, ‘The Fifth Estate’, ‘Hyde Park on Hudson’, ‘The Details’, ‘Sympathy for Delicious’, ‘The City of Your Final Destination’, ‘John Adams’, ‘The Nanny Diaries’, ‘The Savages’, ‘The Hottest State’, ‘American Dad!’, among others.

Linney has not revealed her current salary. However, she has an estimated net worth of around $7 million at present.

Several of the movies that Linney has appeared in have been termed controversial. At present, there are no rumors concerning her life and career.

Hermione Corfield having a secret affair. Who is he? The online posts claimed Andrew Shaw as Hermione’s boyfriend