Laura Prepon is an actress, author. Laura is married to an actor Ben Foster and has two kids.

Laura Prepon is a married woman. She is married to actor Ben Foster.

The couple began dating in 2016 and later announced their engagement in October 2016. They eventually married on 3 June 2018. The couple has two children: a daughter named Ella together who was born in August 2017. Their second baby was born in February 2020.

She was previously in a relationship with actor Topher Grace.

From 1999 to 2007, she had an affair with actor Christopher Masterson.

Since then, she has dated American singer Anthony Kiedis, actor Scott Michael Foster, and another actor Tom Cruise. 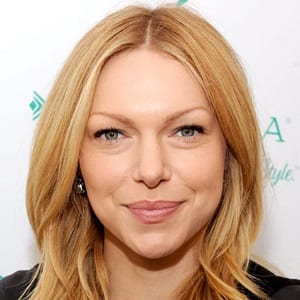 I'm a Jersey girl and proud of it.

When people meet me, they think I'm going to be outgoing, but I like things low- key. I don't like people to think I'm bragging.

Even in real life, I'd rather hang out with guys.

My family was very unorthodox. My mother was very eccentric and amazing. She always treated us like adults. She trusted us to have a head on our shoulders, and thank God she did.

Who is Laura Prepon?

Laura Prepon is an American actress, author, and director. People mostly know her for her role as Donna Pinciotti in the Fox sitcom ‘That ’70s Show.’

Additionally, she also portrays Alex Vause in the Netflix comedy-drama series ’Orange Is the New Black.’

Laura Prepon is 40 years old. She was born in Watchung, New Jersey on March 7, 1980. She was born to parents Marjorie and Michael Prepon. Her mother was a high school teacher and her father was an orthopedic surgeon.

Additionally, she has one brother named Brad and three sisters: Stephanie, Jocelyn, and Danielle. Laura is of American nationality. Furthermore, she belongs to the mixed ethnic background of Ashkenazi Jewish, Irish, English, and German.

Prepon initially appeared in several plays including ‘A Woman of Property and Ascension Day.’ Additionally, she also studied drama with acting teacher Caroline Thomas in 1996.

In 2001, she had a minor role in the movie ‘Southlander: Diary of a Desperate Musician.’ In addition, she played the role of Reanna in ‘Slackers’ in 2002.

In 2004, she had roles in ‘Lightning Bug’, ‘The Pornographer: A Love Story, and ‘King of the Hill.’ Since then, she has appeared in several other movies and television series. All in all, she has over 25 credits as an actress.

Some other movies and television series that Prepon has appeared in include ‘The Hero’, ‘The Girl on the Train’, ‘The Kitchen’, ‘Men at Work’, ‘Are You There, Chelsea?’, ‘Lay the Favorite’, ‘Neighbros’, ‘The Killing Game’, ‘Love Bites’, ‘Castle’, ‘How I Met Your Mother’, ‘House’, ‘Medium’, ‘In Plain Sight’, ‘October Road’, ‘Come Early Morning’, and ‘Karla’ among others. Furthermore, Laura also has 2 credits as a director and 2 credits as a producer.

Prepon won the Satellite Award in 2013 for ‘Orange Is the New Black’ in the category of ‘Best Actress in a Supporting Role in a Series, Miniseries or Motion Picture Made for Television.’ Additionally, she has also received the Chlotrudis Award, Screen Actors Guild Award, and Teen Choice Award nominations. All in all, Laura has 3 wins and 5 nominations for various awards to her name.

Prepon has not revealed her current salary. However, she has an estimated net worth of around $12 million as of 2022.

Prepon became part of several controversies due to her involvement in Scientology. There were several rumors which suggested that she might be engaged to actor Ben Foster. This later turned out to be true.