Laura Stylez is a radio personality who is the host of the show, Ebro In The Morning.

The recognized radio presenter, Laura Stylez is in a love relationship with Ricardo Rodriguez. Ricardo is a marketing officer of footwear products.

Laura made her relationship official in an episode on EBRO in 2017. However, they have not married yet. 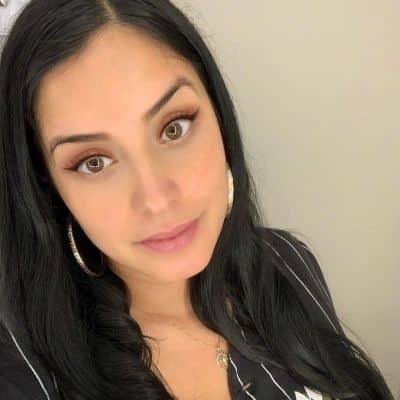 Who is Laura Stylez?

Laura Stylez is a well-recognized American radio personality. Stylez is the host of the Hot 97-morning show, the Ebro In The Morning, along with her co-host Ebro Darben and Peter Rosenberg.

Laura Stylez was born on 4 November 1986. As of now, her age is 34 years old. Likewise, her birthplace is Los Angeles, California, the USA.

Not much known about her father and mother, Laura has never stated her parent’s details in the public. Moreover, she has also never talked about her siblings in the media.

It is reported that Stylez’s family shifted from Guatemala in the 1970s. Therefore, she could speak both Spanish as well as English.

Talking about her nationality, Laura belongs to an American identity and her ethnicity is Spanish.

Regarding education, the presenter has kept her educational details behind the curtain.

Renowned radio presenter, Laura Stylez worked for the first time in radio at the time of a brief stint at a Los Angeles radio station. To pursue her career, Laura shifted to New York when she was 19 years old being a radio personality. Furthermore, she worked at a different place during her college days and got experience working at three jobs.

Additionally, the presenter began working at local radio stations as an intern to know about the radio industry. Officially, Stylez’s first formal on-screen role in radio was at the Spanish-language station La Calle 105.9 where she played mostly hip-hop music. Similarly, she also served at the urban radio station Power 105.1.

At present, the presenter is a partner in the ownership of a young women’s empowerment festival named ENVSN Festival www.envsnfestival.com. Also, she has organized different shows such as Caliente: Latin hits show on Sirius/XM Radio

Radio representer, Laura Stylez earns decent money from her profession. She is active in her career for a long period.

It is reported that Laura Stylez has an estimated net worth of $600 thousand.

The famed personality has never been part of any controversial matter or rumors till now.

It seems that Laura prefers to enjoy her personal life and does not want to merge it with her professional life.

34 years old, radio representer, Laura Stylez has not only a successful career but also gorgeous looks as well as a charming personality. She has brown eyes whereas her hair is black.

Moreover, Laura has an attractive figure as well. Having said this, Stylez has not disclosed her exact, height, weight, and other physical details in the public yet.

About her social media presence, Laura Stylez is active on social media. Laura has more than 223k followers on her official Instagram account @laurastylez.

She is active on Twitter with more than 69k followers.

Moreover, Stylez is also available on Facebook with around 24k fans and supporters.