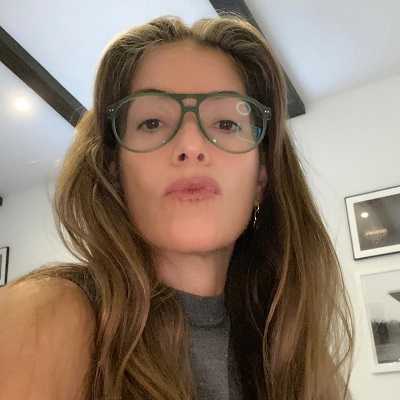 Laura Wasser is currently single. Previously, she was married to a mysterious man. However, they got separated from each other via divorce for a brief time.

Prior to that, she was in 2 relationships. From those relationships, she has two sons; Jack and Luke. She often shares beautiful moments with her children via Instagram.

Who is Laura Wasser?

Laura Wasser was born on 23rd May 1968 in Los Angeles, United States. Her birth name is Laura Allison Wasser. She is of Germanic ethnicity.

She is the daughter of Dennis Wasser. Her father, Dennis is also a lawyer by profession. She shares a powerful bond with her late. mother.

She has posted a picture of her mom on Instagram on the occasion of her mom’s birthdate i.6 25th October. The post suggests that she has a younger brother.

In 1994, she completed a Law degree from the Loyola Law School. Since December of the year, she has been a member of the California Bar.

After getting membership from California Bar, she started her career as a lawyer.

During her career as a divorce lawyer, she has handled the high-profile divorce cases of various celebrities like Angelina Jolie, Oliver Martinez, Kelly Clarkson, Kate Walsh, Cr. Dre, and many more.

Since 2007, she has been selected as the super lawyer of the year.

Apart from being a divorce lawyer, she also worked as a legal consultant for the movie, Liar Liar along with her dad, Dennis. Also, she was associated with various TV series like For The Cultura, Rihanna, and A Day In The Life as a producer.

Currently, she hosts podcasts All’s Fair With Laura Wasser and Divorce Sucks! which are about relationships and divorce.

Besides that, in 2013, she published her first book It Doesn’t Have to Be That Way: How to Divorce Without Destroying Your Family or Bankrupting Yourself under the publication house, St. Martin’s Press.

Last, in 2020, she published her latest book, What to Expect When Getting Divorced? on the internet.

As of 2022, she has an estimated net worth of $10 million. As of now, she has not spoken about her salary in public.

However, an American divorce lawyer’s average salary is in the range of $51k to $204k.

As she addresses the divorce cases of celebrities, her salary is much higher than usual.

However, there are rumors that she is being hired as a divorce lawyer for Kim Kardashian. On the matter, neither Laura nor Kim has made any official statements.

Tristan Thompson with daughter True and mother Andrea Thompson in a rare and much-liked photo on his social media!