Updated On January 26, 2023 | Published By: Nirdesh maskey
Share this
Single 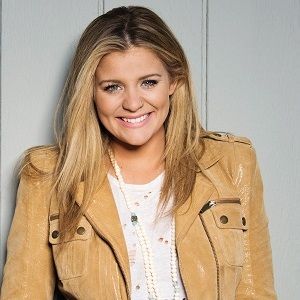 My favorite type of music to sing is a crossover between country and pop.

I hope each week I grow and impress you guys and make you happy.

I knew Scotty was going to win. At the beginning of the episode, I was like, 'Scotty, are you ready to win?'. I knew he was going to in my heart. I accepted it. I couldn't pick a perfect person to get second place to. He's my best friend.

What is the relationship of Lauren Alaina?

After being an adult, she is single for the first time.

She had an affair with John Crist, Youtuber and in May 2019, but broke up after four months.

Previously, she also dated Alex Hopkins from 2012 but they separated in 2018 after six years of the relationship. Alex is a Musical artist.

Who is Lauren Alaina?

She made it up to the Finale of the tenth season of American Idol and ended up runner-up.

She topped the Billboard chart continuously five times with her friend and former classmate Kane Brown on their duet What Ifts, second number one came.

Lauren Alaina Kristine Suddeth was born in Rossville, Georgia on November 8, 1994, to J.J. Suddeth and Kristy.

Her father is a process technician in Chattanooga, Tennessee.

At the age of three, Alaina persuades her singing career. Lauren was so inspired that she would go anywhere within a 30-mile radius of her house to perform. Alaina sang in church, restaurants, and even in public performances with the bunch of Kids Choir.

She has a cousin, Holly Witherow, who was diagnosed with a brain tumor and was her inspiration.

In which school did Lauren Alaina attend?

Alaina attended Lakeview-Fort Oglethorpe High School in Fort Oglethorpe, Georgia. Lauren was a cheerleader back then. However, she focused more on her music career than on Education.

Lauren won the Southern Stars Pageant at the age of eight. Her music career started before that. As soon as she is aware of any competition, she would hurry up and apply for it.

Lauren Alaina spent her four years performing on the stage at Chattanooga’s Riverbend Festival. She won the competition in the fourth year which allowed her to perform on the Festival’s big stage.

As always, an enthusiastic Lauren traveled to Orlando, Florida to compete in the American Model and Talent Competition. She was ten when she won the competition and beat out 1,500 kids.

Additionally, she started performing at local bars on Broadway, such as Tootsies.

Besides this, she was also the first one to win the WinniSTAR youth talent contest at Lake Winnepesaukah amusement park in 2009.

During her days on American Idol, Alaina signed Interscope Records, Mercury Nashville, and 19 Recordings. Later, she debuted her first single ‘as My Mother Does‘. The song succeeded to enter the Billboard Hot Country Songs chart at forty-nine and the Hot 100 chart at twenty. 121,000 copies were sold in the first week.

After the conclusion of Americal Idol, Alaina performed on several biggest talk shows such as The Tonight Show with Jay Leno, Live with Regis and Kelly, and The Today Show.

Her first album Wildflower reached twenty-eight on the US Billboard 200 in 2011.

To promote her album, She approached many television and radio performing her single ‘ Georgia Peaches’. Moreover, she also performed at the White House on November 21, for Barack and Michelle Obama.

She started to work on her second album in 2013. On May 7, 2013, She released the single ‘ Barefoot and Buckwild’, which charted at thirty-four on the Billboard Hot Country Songs chart. Her track “Antarctica: One World, One Family was declared the theme song for the SeaWorld attraction Antarctica: Empire of the Penguin. Furthermore, she has also released many singles and covers such as Next Boyfriend and Oh Holy Night.

And finally, she released the title song of her second album Road Less Traveled on July 11, 2016, which she co-wrote with Meghan Trainor and Jesse Frasure. After ten months, ‘ Road Less Traveled’ reached number one on the Billboard Country Airplay chart.

Lauren is the only female to top both country charts in 2017.

At the 53rd Academy of Country Music Awards, she won the award for the New Female Vocalist of the Year.

How much is the net worth of Lauren Alaina?

As of 2023, Lauren has an estimated net worth of $800 thousand. Her salary is not disclosed.

There was a rumor about Alaina dating the American-Idol winner Scotty McCreery. But Scotty has strongly denied and confirmed that he is not dating Lauren. Later on, she also admitted that they were just good friends and even though everyone wants them to like each other, they can’t.

Everyone’s favorite Lauren tweeted apologies after her public Twitter fight. She admitted having heartbreak. She sent the multi-tweet apology.

But Lauren avoids the tweeting evidence and argues that people with whom she was arguing were cyber-bullying her, and making threats.