Lauren Ambrose is a Writer, Podcaster, Creator. Lauren is married to husband Sam Handel and a mother of two. 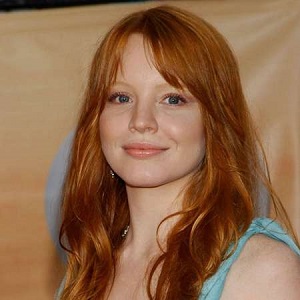 “Right now I just want to chill for a while. Take a hiatus from all the craziness. To clean my house, see my family. Just see some movies and pick some strawberries.”

Lauren Ambrose is married to professional photographer Sam Handel since September 2001. The couple has welcomed two children: Orson on January 6, 2007, and second child in 2012 but his/her name is unknown.

The couple is spending their quality time with each other and is currently living in Great Barrington, Massachusetts. There is no sign of divorce between them.

Who is Lauren Ambrose?

Lauren Ambrose is an American actress and singer who is best known for her television role as Claire Fisher in ‘Six Feet Under’ from 2001 to 2005. She is the lead singer of the ragtime band Lauren Ambrose and the Leisure Class.

She was born on February 20, 1978, in New Haven, Connecticut, USA. Her birth name is Lauren Anne D’Ambruoso. She is currently 41 years old. Her father’s name is Frank D’Ambruoso(caterer) and her mother’s name is Anne(interior designer).

Lauren holds American citizenship and her ethnicity is a mix of Italian, German, English, and Irish descent.

She attended several school and college which includes Choate Rosemary Hall, Wilbur Cross High School, High School in the Community, and the ACES Educational Center for the Arts. She also studied voice and opera at the Boston University Tanglewood Institute.

During her early career, she performed at theatre hall at New York. Then, she made television appearance mostly for the guest roles.

She made her guest appearance in ‘Law and Order’ which was a significant step in her life. Then, she featured in 1998 episode of ‘Damamge’ in which she portrayed the role of a mentally challenged young woman who was a victim of the high school students by whom she was raped.

Lauren debuted her film career from the film ‘In and Out’ in 1997 which was more inspiring and led her to more success. The, she played a more prominent role in the high school comedy ‘Can’t Hardly Wait’ in 1998. She played the role of Claire Fisher on ‘Six Feet Under’ in early 2001.

Then, Ambrose made her Broadway debut from ‘Awake and Sing!’ in 2006. Then, she portrayed the role of Juliet in ‘Romeo and Juliet’ at the Delacorte Theater in Central Park. Also, she made her appearance in ‘Hamlet’ as Ophelia and gave the voice of monster KW in ‘Where the Wild Things Are’ in 2009.

Also, she appeared as Jilly Kitzinger in the ten episodes of ‘Torchwood: Miracle Day’ in 2011. She is also recognized as a lead singer of Lauren Ambrose and the Leisure Class which was formed in 2009. The band has performed several times at charity events and Joe’s Pub.

Then, the actress appeared as Eliza Doolittle in Broadway revival of ‘My Fair Lady’ for which she was nominated for Tony Award for Best Actress in a Musical in  2018. She also gave the voice for Jenny Romano for the video game ‘The Darkness’ in 2007.

She has an estimated net worth of around $10 million and she has accumulated that amount of money from her career. And, her salary and income are under review.

She has maintained her celebrity status till date and has not been involved in any types of rumors and controversies in her career.