Updated On November 15, 2022 | Published By: lilly
Share this
Married 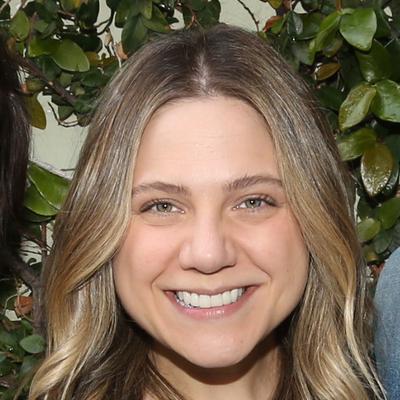 What is the relationship of Lauren Collins?

Lauren Collins is a married woman. She is married Jonathan Malen on 27th October 2018.

They have one child born on March 6, 2020, named Charlie Sebastian Malen. They seem happy in their marriage. There are no rumors of their separation or divorce.

Who is Lauren Collins?

Lauren Collins, full name Lauren Felice Collins, is a Canadian actress and writer who is best known for her role as Paige Machalchuk on Degrassi: The Next Generation. She has also played supporting roles in movies like Take the Lead and Charlie Bartlett.

Lauren Collins was born on the 29th of August, 1986, making her 35 years of age as of 2022. Collins was born in Thornhill, Ontario, Canada, to Sari and Stan Collins where she was raised Jewish heritage. She has one brother and one of her cousins is Spencer Rice, a Canadian actor, one of the co-stars of Kenny vs Spenny.

Collins started her career in acting in 1998, with various roles in TV Series and short Movies like Valentine’s Day, Once a Thief, Blood on Her Hands, and so on.

From 2000 to 2001, she had a recurring role in the Disney Channel series, In a Heartbeat, where she portrayed the character of Brooke Lanier. In 2001, she landed the role of Paige Michalchuk on Degrassi: The Next Generation, where she co-starred with famous names like Drake.

The relationship between Collins and Drake is still good and strong. In 2018, Collins made a cameo appearance in a Drake song, I’m Upset. In the series, Life with Derek, Collins portrayed the role of Derek’s ex-girlfriend and she has also appeared in numerous theatrical productions such as “Alice in Wonderland”.

Collins made her film debut in “Take the Lead” in 2006, appearing alongside Antonio Banderas. The following year, she made her appearance in “Charlie Bartlett“, starting along with Robert Downey Jr., Anton Yelchin, and Kat Dennings.

After famous YouTube star, Shane Dawson expressed his interest in Degrassi, Collins starred in a parody video on Shane Dawson’s Channel on March 6, 2010.

She again worked with Disney on the 2011 Sharpy’s Fabulous Adventure, playing the role of Tiffani. Collins hosted MTV’s 1 Girl 5 Gays replacing Aliya Jasmine from 2013 to 2014.

She co-wrote and starred in the short film “Zero Recognition”, directed by Ben Lewis in 2018. Recently she also played a role on Netflix Original, Sex/Life.

Lauren Collins is a very talented actress. Collins in 2002 won her first award, the Young Artist Award, for the category of “Best Ensemble in a TV Series (Comedy or Drama)“, for her role in Degrassi, which she shared with the rest of the cast. She was again nominated for the same category in 2003 and 2006 as well.

According to various sources, Collins has an estimated net worth of $3 million as of 2022. Her main source of income is her job in the acting field. Her salary and income details are not public.

In the past, there have been numerous rumors of Lauren Collins and fellow co-star of Degrassi, Jack Epstein, dating. However, this cannot be confirmed as both Lauren and Jack have never spoken of it.

Lauren has avoided being in controversy. She avoids being in any sort of unnecessary drama.

Confession! Kirk Norcross reveals the dark side of the reality world and warns the aspiring people to think twice before joining it!