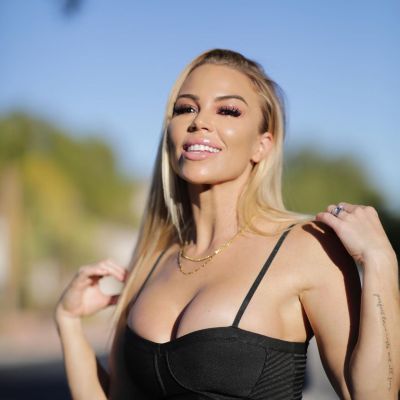 Who is Lauren Drain's Husband?

Lauren Dran is in a happily married relationship with her husband David Kagan since August 2013.

They are blessed with a daughter named Aria Skye. Drain gave birth to Aria on the 8th of December, 2019.

Who is Lauren Drain?

Lauren Drain is an ex-fellow of the Westboro Baptist Church.

She is a nurse, fitness model, and author of the book Banished, where she wrote about her experiences and dismissal from the Westboro Baptist Church.

Lauren Drain was born in Tampa, Florida, the United States on December 31, 1985. Currently, she is 36 years old and holds American nationality. She is of Caucasian ethnicity and belongs to the Capricon zodiac.

Steven and Lucy Drain were her parents. She was brought up with her younger sister whose name is Taylor. She went to Olathe, Kansas, with her father, Steve, to continue his graduation at the University of Kansas.

After some time of going back to Florida her father, Steve started to work on a documentary about the Westboro Baptist Church.

He converted fervently by changing his mind and his family supported him in the church and followed him.

After that, her father did not allow her to meet up with friends. She was excommunicated and got the chance to be on talking terms only with selected girls from the Church who were known to be the granddaughters of the preacher Fred Phelps.

From 2001 to 2008 she was a member of the church and was expelled thereafter raising her voice against the rules and ethics of the church.

She cut off the relationship with her parents, two sister, and brothers as they were still part of the church. No information about their re-connection was found later on.

She completed her High school level at Topeka West High School located in Topeka, Kansas. In 2007, she graduated from Washburn University after receiving Wiseman Scholarship.

She earned a bachelor’s degree with a major in nursing. After then, she started to serve as a registered nurse for about nine years. She became part of the NOH8 Campaign in 2013.

She wrote and published the book named Banished: Surviving My Years in the Westboro Baptist Church, assisted by co-author Lisa Pulitzer.

The book was written about her experiences and dismissal from the Westboro Baptist Church. It is able to take its place on the eBook category as well as New York Best Sellers list on March 30, 2013.

Besides, being an author she is also a fitness model and social media influencer. She can be seen uploading pictures, fitness routines, and motivational videos.

The net worth of Lauren Drain is estimated to be around 3 million USD. She hasn’t exposed her salary and income to the media yet.

Lauren Drain’s book Banished chronicles her experiences and dismissal from the Westboro Baptist Church that took her to the limelight after its publishment.

So, it created rumors and controversies among her fans and story readers.

With an hourglass body, Lauren Drain stands at the height of 5 feet 5 inches tall and weighs about 62 Kg.

Talking about her body measurements, they are 34 in bust size, 25 in waist size, and 36 in hip size.

She has a fair complexion with pair of blue eyes and hair of Blonde color.

Drain has a Youtube channel with her name where she has about 29K subscribers. She is seen posting videos about fitness tips, diets, and her personal life.